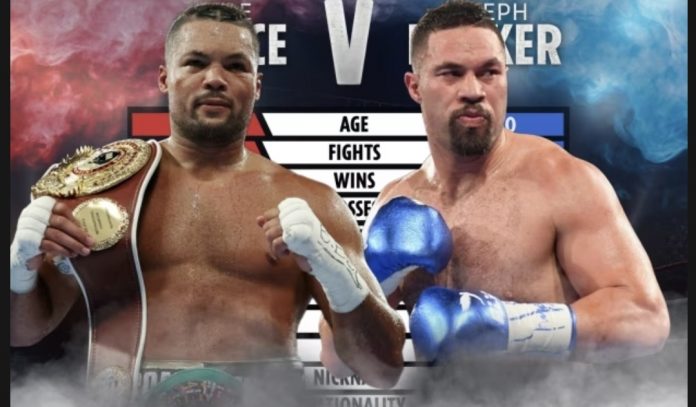 Between church services, Samoans around the globe will be tuned in to support the Joseph Parker vs Joe Joyce fight on this Sunday morning, aired for locals and visitors on TV3 Samoa.

Lupesoliai Laaulialemalietoa Joseph Parker will take on the “Juggernaut” Joe Joyce, for the interim WBO heavyweight title at the Manchester Arena in the UK.

Of Samoan decent through both his parents, Lupesoliai Laaulialemalietoa Joseph Parker has been relaxed and confident in the lead-up to what has been dubbed the biggest fight of his professional career against the undefeated British.

“I’m tapering off, I’ve got my brother here, my family here, the whole team from New Zealand. I’m feeling the support, I’m feeling the love, and I am ready to go,” Parker told Stuff NZ this week.

Lupesoliai promised to showcase new moves and laid out his plan of attack to take down the 6’6” WBO ranked No1 “Juggernaut” who has a 204 cm reach.

Earlier this week, Parker told Stuff Sports that he would be bringing a new fighting style against Joyce after his third camp with trainer Andy Lee in Morecambe.

“The Samoan New Zealander looked a rejuvenated fighter against Derek Chisora last December and has made rapid improvements since teaming up with Tyson Fury’s cousin Lee, a former WBO world middleweight champion”.

“There are multiple weapons in my armour now,” said Lupesoliai.

“Before I would say I was a boxer who boxed and moved, was defensive and passive, and didn’t really push the action.

“Now I want to push the action. I’ll be right there, standing toe to toe, going at it.”

Lupesoliai acknowledged the Juggernaut is going to come into the fight full of confidence because he hasn’t lost in his 14 professional fights, but Parker says Joyce has only gone the distance once.