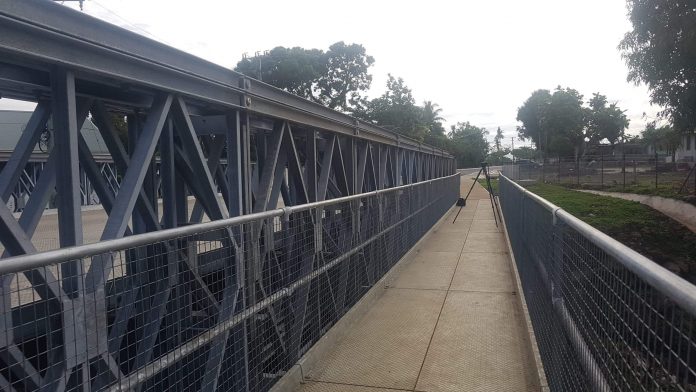 The Loto Samasoni $2.6 million tala bridge is due to open for access this week following the official handover last week from local contractors King Construction.

According to Chief Executive Officer of Land Transport Authority Galumalemana Taatialeoitiiti Tutuvanu-Schwalger the bridge which has taken 8 months to construct includes a walkway for the public, especially children walking to and from school.

The CEO said that when they had worked on the nearby Maagao road they noticed school children crossing the Loto Samasoni river and when they got to the edge of the water they would remove their uniforms and then put them back on when they reached the other side.

The specially designed walkway alongside of the 2-way bridge crossing has been designed to provide for the safety of the public.

The Loto Samasoni river connects Malifa with the inner villages of Maagao and Leone.

“This bridge is 250 metres and has been built with the support of the Government of Australia.” 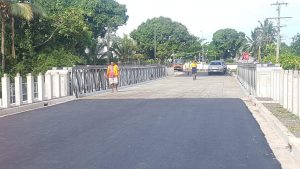 CEO says that the.2-way bridge was designed by the LTA team adding that cotainer and concrete trucks will be prohibited on the bridge because it only allows for vehicles with a maximum capacity of 44 tonnes.

The bridge has been built on Government land registered to the MNRE.