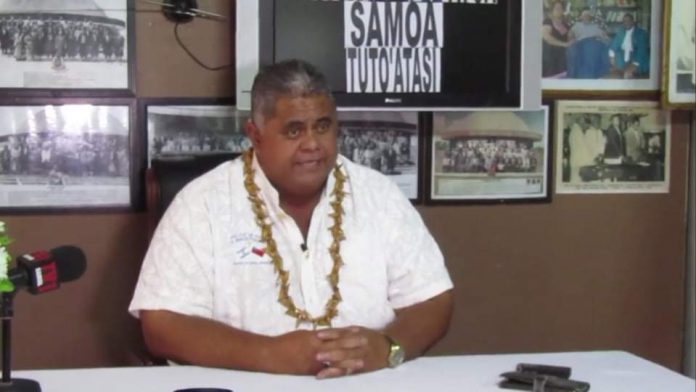 The former Speaker of the House and former Minister of Agriculture chose Samoa’s 58th Independence Day to make his announcement during a midday press conference at the Maota o Samoa compound in Vaitele.

Representing the Savaii constituency of Gagaifomauga No3 consisting of Letui, Fagaee and Sasina – Laauli says it is on the advice of his electorate that he bids farewell to a party he and his family have served for many decades.

Laauli told Samoa Global News that plans for a new party are underway, but for now he is officially an Independent representative of Parliament.

Laauli says the relationship with HRPP has never been the same since he voted against the Electoral Act amendments over a year ago. Laauli has been outspoken in Parliament on national issues that he says greatly affects his Constituency.

“It started with my rejection of the Electoral Act amendments; and the many other areas of change that I have spoken out against”, he says.

Laauli says his Constituency have taken offense to the many inappropriate accusations being thrown towards him by Prime Minister Tuilaepa Sailele Malielegaoi during live feed Parliamentary sessions.

Nevertheless in Samoan traditional oratory that Laauli is known for and gifted with, he conveyed an apology to HRPP as he took a gracious bow from the political party that he says was founded  by his District as well as others.

Asked if he would be expecting a by-election for crossing the floor, Laauli says his electorate have given him the assurance that he would return as their representative.