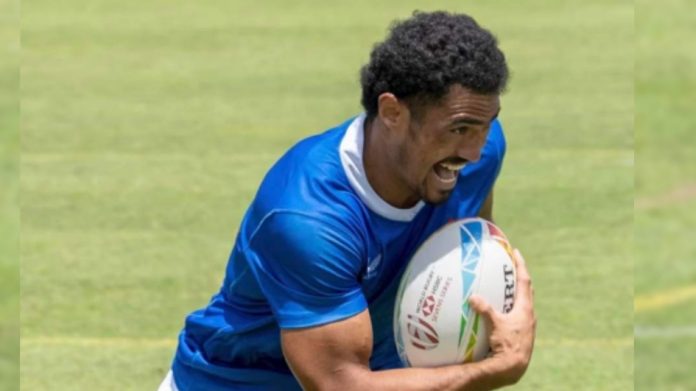 It was not the prettiest of performances but the Manu Samoa 7’s have opened their accounts at the London 7’s with a 33-15 win over Japan.

Since their return to the HSBC World 7’s series discipline has not been Samoa’s strong suit. Samoa conceded the most penalties of any team at the Toulouse 7’s last weekend, while Vancouver saw 4 yellow cards issued in the one leg.

Although the men in blue beat Japan convincingly, they received two yellow cards in this match as discipline continues to be a massive problem for Samoa.

The match as it unfolded

Owen Niue wasted no time in scoring Samoa’s first points from the kick off as he streaked away from average Japanese defence.

Japan finally capitalised on some discombobulated Samoan defence when a simple hands to the right saw them score their first points.

Samoa was up 7-5 with nothing really happening for them, when Va’afauese Apelu Maliko took things into his own hands and showed why he was selected in the Toulouse 7’s dream team last weekend. Apelu Maliko sent the ball flying down the field with his right boot and showed off his pace to get to the ball first – to give Samoa a 14-5 lead.

In the second half, Samoa struggled with discipline.

Japan drew first blood in the second half through Ren Miyagami after he beat Owen Niue on the outside to cruise over the try line.

Samoa hit back when Steve Rimoni, just as he has done all season, found himself in under the goal for his 14th try in just 4 tournaments.

Off the next kickoff, Motu Opetaia of Siumu attempted to win the ball in the air but instead took a Japanese player while still on the air which led to the referee issuing him Samoa’s first Yellow Card.

Literally seconds later, Ati Jr Ati dived with no arms at the feet of a Japanese player in an attempt to tackle him. This was deemed as a grass cut tackle by the ref, and he received a yellow card of his own.

Samoa was lucky to still get away with a 33-15 win over Japan.

Samoa’s next match is against Scotland at 2:50am this morning.