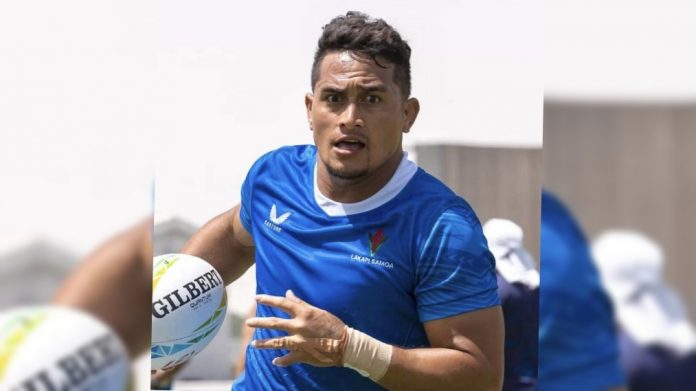 The Manu Samoa 7’s have reached the quarterfinal stages of the London 7’s after defeating Scotland 14-12.

In their earlier pool match against Japan the Manu looked a little bit too casual at times allowing three Japanese tries through. That’s exactly how Manu Samoa started the match with Scotland.

60 seconds later Scotland’s all time leading try scorer, Jamie Farndale, got the shock of his life when the Samoan defence split like the Red Sea and he saw nothing but a tryline in front of him.

Losing 12-0 at halftime, head coach Muliagatele Brian Lima’s message was clear, hold on to the ball.

That’s exactly what the Samoa did. Samoa controlled all the territory in the second half and put Scotland under a lot of pressure.

Scotland turned the ball over but a tackle by Steve Rimoni saw Scotland lose the ball into the hands of Neueli Leitufia, who crossed over to score the first try of his career.

The pressure was too much for the Scottish, and Samoa forced another Scottish error that resulted in a loose ball. Vaovasa Afa Su’a looked for all money to pounce on it and score. In desperate efforts, Scotland’s Alec Coombes tackled Afa Su’a without the ball and the referee had no choice but send Mr. Coombes to the sin bin for 2 minutes.

With 7 men on 6, Steve Rimoni added another try to his scoring tally and tied the match up 12-12.

Another beautiful conversion from the sideline by Captain Melani Matavao with just seconds left on the clock, gave Samoa the 14-12 lead they needed to scrape their way through to the Cup Quarterfinals.

Manu Samoa now face off against England to decide who tops Pool D. Both England and Samoa are undefeated and will advance to the quarterfinals.