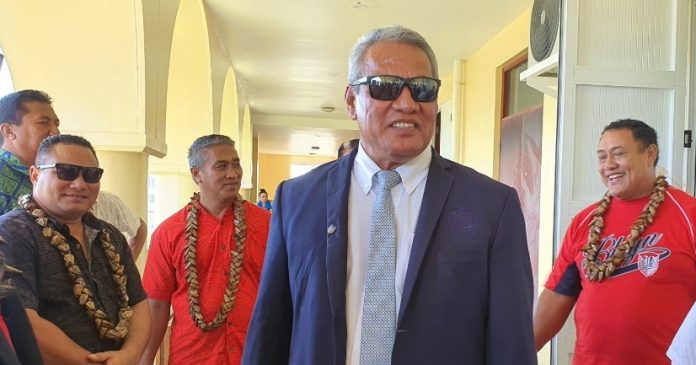 Caretaker Minister of Education Solamalemalo Loau Keneti Sio has agreed to resign as the elected member of Parliament for Sagaga 1 following negotiations with FAST candidate Papalii Tavita Moala. In an unusual set of terms, Papalii then also announced that he would not be competing in the by-election. 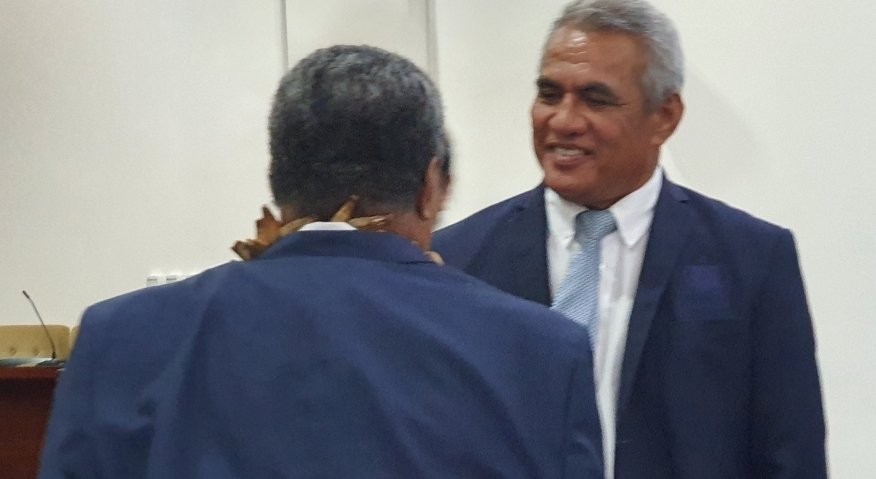 Counsel for Papalii Leiataualesa Komisi Koria stood to advise the Court of the decision by both parties to withdraw the election petition and counter-petition. Aumua Ming Leung Wai for Solamalemalo Loau stood to also confirm the same intentions with their Honors the Chief Justice Satiu Simativa Perese and Justice Leilani Tuala-Warren.

“That is good news for both parties,” said the Chief Justice referring to the out-of-court settlement Counsels confirmed had been signed by both parties.

The Chief Justice had adjourned the matter by a week to allow for mandated advertisements to be made. Still inside a packed courtroom after court proceedings were offically adjourned, Loau and Papalii addressed the matai of their Itumalo.

Loau explained to suporters that he would resign as part of the agreement. He told members of the constituency in Court that he sympathized with them, as they had supported him to  successfully win the general election, however, this is what was agreed and he felt that this was also in the best interest of the constituency.

There were concerned looks on the faces of supporters until Papalii Tavita Moala stood to address the constituency matai, women and youth who packed the courtroom. 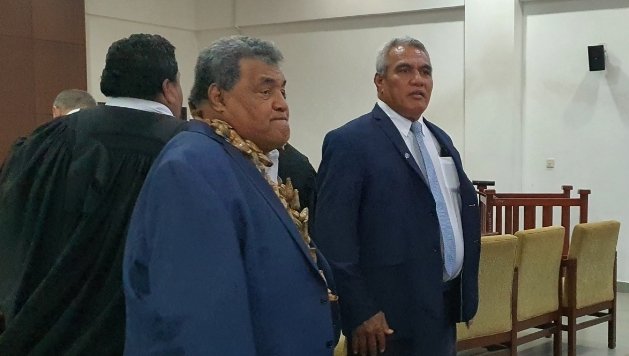 “I confirm that I will not be running in the by-election,” said Papalii.

This resulted in a loud cheer as the room filled with an applause of relief.

“So if you all agree to it, I will not be running so Loau should be returning in the by-election”, said Papalii.

Papalii told the constituency members that his reason for requesting another election is held, is to ensure peace, and allow for a reconciliation (faalelei le tatou nuu ma le itumalo).

Outside Court Loau said he has agreed to the conditions, for the sake of maintaining peace within the constituency, although it is difficult to resign and have to return again in a by-election.

“Yes he may as well have just let me stay in,” he said, “but we will now go back to the constituency”.

He said he and Papalii Moala are related and this is also another important factor.

With Papalii agreeing not to contest the by-election, Loau was asked if switching sides was perhaps one of the conditions.

“I am currently a member of HRPP,” said Loau, “but that would be up to the matai and members of our constituency. It is their decision,” said Loau.

Loau told the media that another possibility, is that he does not run in the by-election, if another member of the constituency is the preferred candidate.

“That is all up to the constituency and what they think is best,” he said.

Pressed for a possible reason why Papalii would want him to resign, especially if Papalii would not be seeking to run a by-election, the former Manu Samoa centre said Papalii is outside of the village at present (tua mai le nuu) and this may be a good opportunity for a reconciliation. 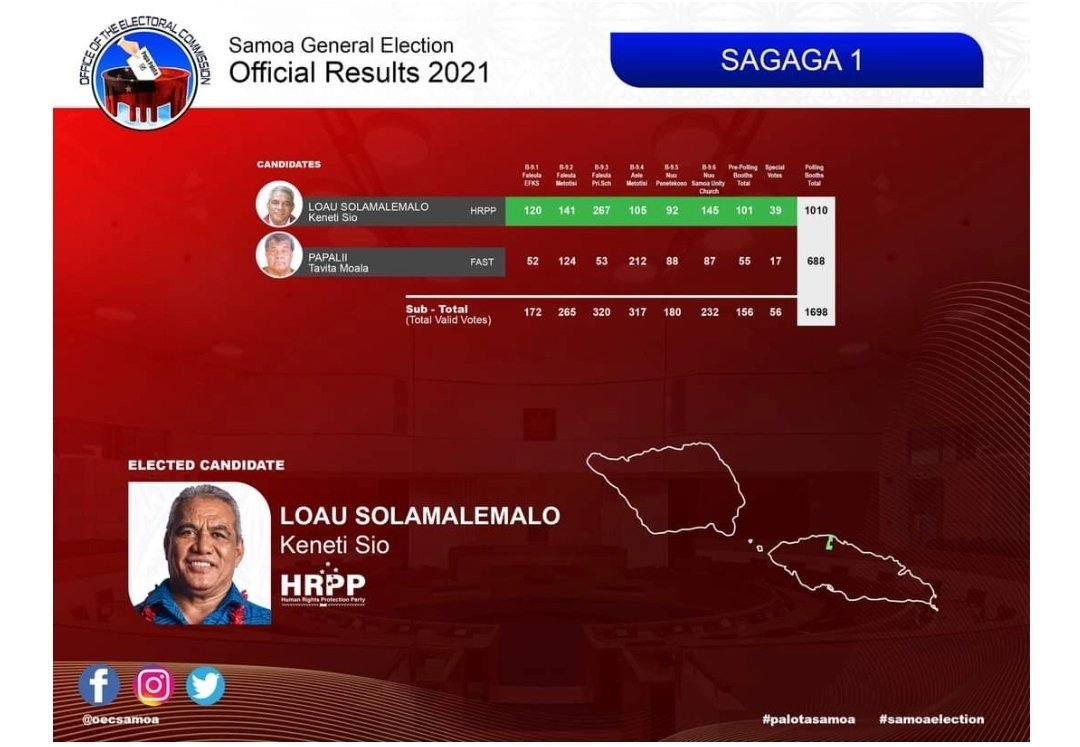 In a two candidate race on April 9th, the Solamalemalo Loau Keneti Sio won by a margin of 322 polling 1010 to Papalii’s 688.

Outside Court FAST supporters who have been frequenting the Mulinuu courthouse told Samoa Global News that Solamalemalo would be asked to move across to FAST.

Samoa’s laws requires an elected Member of Parliament to resign and run a by-election if he wishes to cross the floor or switch allegiance in political parties.