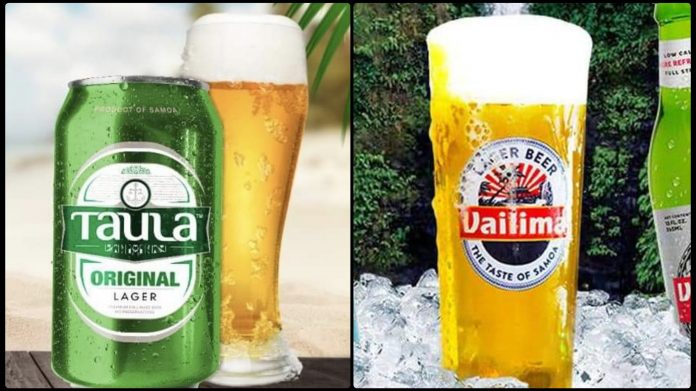 30 May 2022, Apia Samoa.  As Samoa prepares to open its international borders to the world, and begin the year-long celebrations of its 60th Independence Anniversary, the sale of locally produced beer products gets the green light from the Alcohol Control Board.

The sale of alcohol was banned during Samoa’s recent lockdowns in efforts to manage risks during the Covid-19 community outbreak. When the ban was lifted last month, certain products were temporarily put on hold by the Alcohol Control Board, chaired by Samoa’s Deputy Prime Minister and Minister of Revenue and Customs, Hon. Tuala Tevaga Ponifasio.

This morning, a public notice confirms that Taula Strong and Vailima Export Lager were allowed back on the market as at last Saturday 28th May.

Taula or Samoa Beverages Company Ltd, and Vailima or Samoa Breweries Ltd were last month identified by the Alcohol Control Board as the only two manufacturers in Samoa who satisfied quality assurance standards and health measures.

In today’s announcement, the manufacture, distribution and sale of Vailima Export Lager and Taula Strong, “is now allowed from 12am Saturday 28 May and in pursuant to the conditions set out in Section 26 of the Alcohol Control Act 2020”.

The notice, signed by the Chairman and Members of the Alcohol Control Board, then also confirmed the immediate stop to the manufacture, distribution and sale of locally manufactured Vodka alcohol products that are ethanol and rice based, such as Rover, Sami, Boom, Rice, King and Niu Vodka.

The public notice states that the reason for these products being banned is that the licenses of the companies that produce them have been cancelled.

Last month, Tuala Ponifasio told local media that an ongoing investigation had uncovered issues of non-compliance, to which the manufacturers had not been able to give adequate responses.

Tuala had said that locally produced vodka was found to have contained high levels of methanol and the manufacturing processes of local producers fell way below acceptable standards, with little to no quality controls.

“The percentage of methanol found are at a level that raises concerns, and will surely have an impact on the health of consumers,” said the Hon Deputy Prime Minister at the time.

Tuala said the levels of methanol found in locally produced vodka can contribute to memory loss.

“That is why we have many cases where, the next morning, people are saying, I don’t remember what happened last night,” reiterated the Deputy Prime Minister and Chair of the Alcohol Control Board. 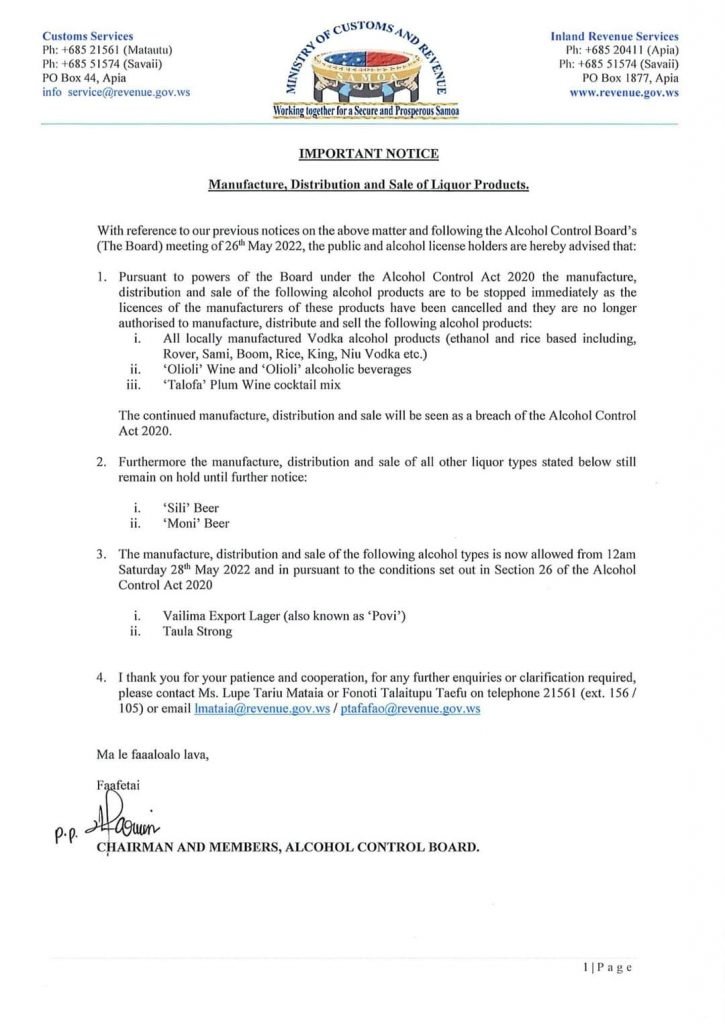