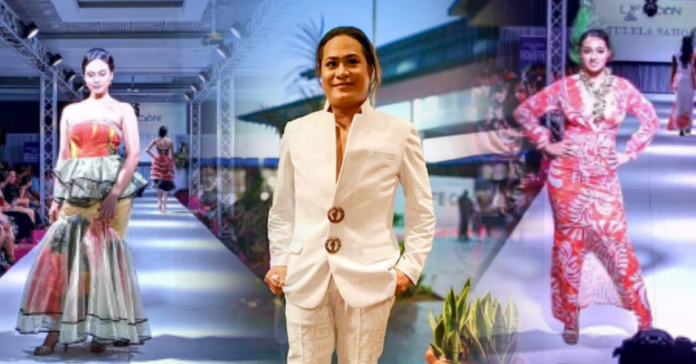 Samoa Independence 2019, Apia. LIFE-Con Pacific 2019 took Taumeasina Island Resort by storm on the night of Samoa’s Independence Celebrations with a spectacular display of fashion from 8 local and 3 overseas-based designers.

Now in it’s third consecutive year and tagged as LIFE-Con Season 3, the event is the marketing brand for “Le Independence Fashion Expo – Convention”.

LIFE-Con Pacific is an initiative of EMD Co. Ltd; one of Samoa’s leading Marketing Companies, with an Events arm (Events, Marketing and Distribution).

Speaking to Samoa Global News, the mastermind behind the LIFE-Con Pacific initiative, Director Kevin Lucky explains the vision and purpose behind the event.

“It was developed as a Marketing Event to promote businesses, mainly SMEs (Small Medium Enterprises) within the Fashion Industry;

“LIFE-Con from its first inception was always believed to be an ongoing initiative given this is one of EMD’s key strategic objectives,” he said.

The Director explains that the vision for LIFE-Con is to be the premium Fashion event for Samoa and eventually the Pacific, with a focus on the marketing and communications components, which sets it apart from other fashion events.

LIFE-Con has expanded its reach,  branching out to include designers from outside of Samoa and this year featured Australia, New Zealand and American Samoa; an indication that LIFE-Con is heading towards achieving its vision to include the Pacific.

Back to when it was only a concept – it was 2008 when Kevin Lucky was the then National University of Samoa Student President.

“There was an Emerging Artists Group set up as a small circle of friends dominated by faafafines;

“That was where the concept was first discussed and the first paperwork developed”, said Kevin.

The concept was revisited when Kevin Schuster established EMD in 2014.

“So in 2017, with the expansion of the EMD Team,  and with our efforts to earn the respect and recognition through partnerships and working relationships with established companies in the Private Sector, LIFE-Con was able to take off and become a reality;

“Over the years, the concept has been modified taking into account lots of learnings and feedback from designers and all other participants,” added the Director.

The partnership with Cecilia’s Fashion House of Samoa in 2018 where LIFE-Con & Cecilia’s Fashion participated in the London Pacific Fashion Week, led to discussions about expanding and extending invitations to designers beyond Samoa.

The spectacular showcase of fashion was complemented by the elegance of the models, who were mostly young Samoans living in Samoa with a few from overseas who flew in from Arizona, Brisbane and Auckland. One lady from the Carribbean who is studying in Samoa also took part.

“The casting for models was coordinated by EMD and there was also a call-out made on social media,” said Kevin Lucky.

The event has gained traction and popularity with ticket sales of over 400 participants this year, most of whom could have easily passed as models for the event.

“It’s a definite increase from last year and the year before;

“Yes the audience rocked up as expected all dressed up for the occasion and could have all been passed as models,” observed Kevin.

“That is an unspoken objective of the event – to take fashion to the next level by not just having an event or show, but to also encourage our people to dress up to reflect the whole theme and vibe of the event”.

LIFE-Con Season 3 was also taken to another level by the elegant articulate pair of MCs, lawyer Tosimaea Tupua currently based in Amercian Samoa and former Miss South Pacific and dance artist Mary-Jane McGibbon-Schwenke.

With overseas based designers coming from overseas to join the event, LIFE-Con is starting to have trickle down benefits to the tourism industry.

“The event brings visitors to our shores – and with their stay in Samoa – there’s hotels, rentals, and a lot more businesses that benefit;

For the arts, it is believed that with the visiting designers coming on board, our Samoan based designers will be further pushed to up their game;

“In the end it’s a WIN WIN situation for LIFE-Con Pacific and all designers and participants,”

Asked for advice for Samoa’s youth aspiring to join the arts, Kevin Lucky says, “Remember that your art and work needs to be constantly developed as you go! Don’t ever settle on what you got now. And above all, your work needs to be marketed and advertised – use social media and also other marketing and advertising strategies!”. 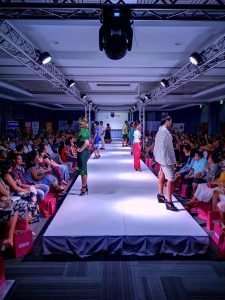