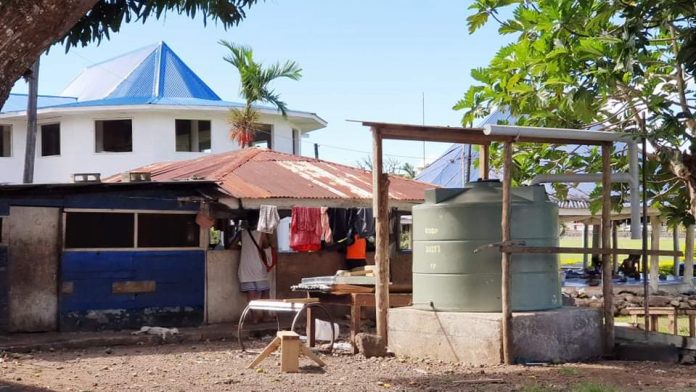 Tuesday 2 October 2021, Apia Samoa. A Lepea family who were told last week to relocate because the village high chief, Faumuina Opapo wishes to build a museum (fale mataaga) in the location of their family homes, are refusing to leave.

The Filimoeatu family have instead decided to fight their case in court, and have filed a petition with the Lands and Titles Court.

“We cannot leave from this land, because it belongs to our forefathers,” said a member of the family, Matini Taumasuisui in an interview with Samoa Global News today.

Matini said they have decided as a family to seek refuge with the Courts, and have found courage in the support they have received from other families in the village including matai, who have reached out to them.

“My mother almost gave in, but other families have stepped in to support our decision to take the matter to Court..

“They said they would be very interested to know how we go because a decision from the Court would also have an impact on them,” said Matini.

The Filimoeatu family are settled next door to Faumuina Opapo’s chiefly residence, currently under renovations. 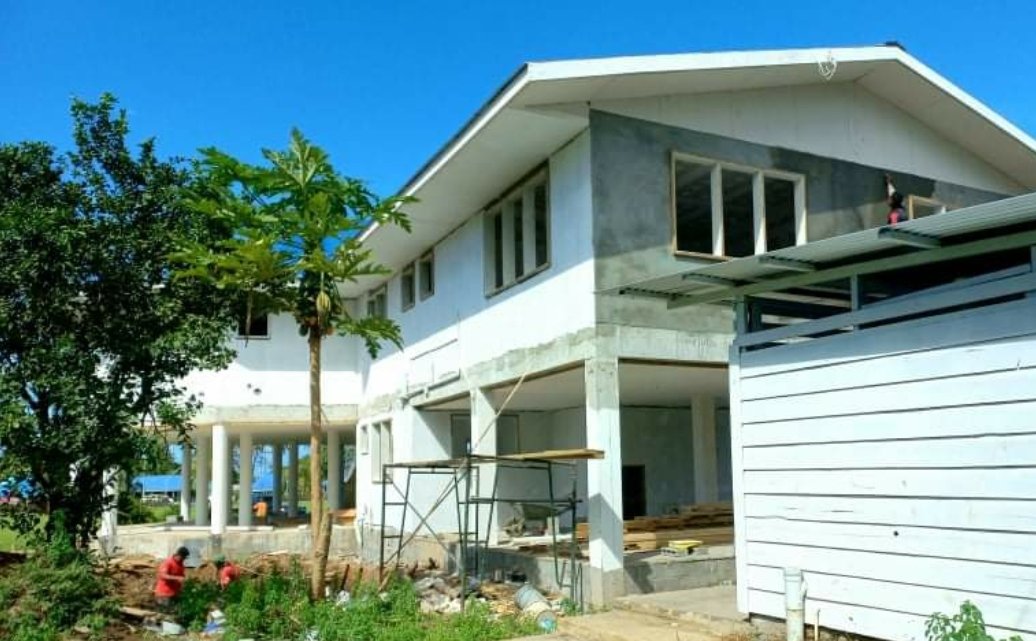 The decision to have the Filimoeatu family relocated was conveyed by members of the Lepea village council three months ago, however, this did not sit right with the family who filed a petition with the Lands and Titles Court. A facilitated mediation was conducted by an LTC Registrar last Thursday 28 October 2021 to try and resolve the matter.

The mediation was attended by seven members of the Lepea village council, while the Filimoeatu family were represented by two sisters, Makerita and Tauavae, and their brother Iakopo.

During the mediation, Iakopo Filimoeatu argued on behalf of his family that lands they currently occupy were handed to their forefathers by a previous holder of the Faumuina title. He questioned the ability of another Faumuina to take back and dismantle what a previous Faumuina had bestowed and decreed.

However, according to Village Representative or Sui o le Nuu (SN) Fainuulelei Felise, all the lands of Lepea, from the ocean to the hills, are owned by the holder of the Faumuina title.

During the mediation Fainuulelei and another matai referred to as the tuua of the village Vaitagutu, told the Filimoeatu family that if they do not obey the decision laid down for them to relocate, then the village council will be moving to the next level suggesting banishment and other such penalties.

This pressured Tauavae and Iokopo to agree at the mediation, in fear of the consequences laid down. However, Makerita’s son, Matini spoke out at the mediation last week, asking the LTC Registrar to consider the threats that he was hearing being made towards his mother and her siblings. The Registrar responded that, no, they were not threats, and that the matai were just conveying the stages of actions taken by village councils.

At the end of the mediation last Thursday, the family were given 24 hours to take down their homes and move out of Lepea.

In a follow up with the Filimoeatu family today, Matini confirmed that the village council had visited them late last Friday afternoon to officially convey that they have been banished from the village, for failing to obey the 24 hour notice period.

He said Police also paid them a visit at the end of last week, sent by the village, to try and remove them.

“We sat down and discussed the matter with police officers who visited, and explained our position, including the decision to take the matter to the Lands and Titles Court.

In an interview with Fainuulelei outside Court last Thursday, he said the Filimoeatu family were being offered four acres of land at Seesee. He said village taulelea (untitled men) would assist with dismantling their home, and cars can be arranged to help the family move to the vacant lot at Seesee.

Another justification given is that the Filimoeatu family has grown in number over the years (ua tupu le aiga) and there are around 40 people currently living at the Lepea location.

The Filimoeatu family have three houses in the space now under conflict with the village. The siblings have children, who have themselves married and settled with their young families on the property.

According to family members, they also have land at Seesee which they would have moved to if they wanted to over the years.  They still have not gone to see the four acres of land that has been assigned for them, because they have no intention of moving inland.