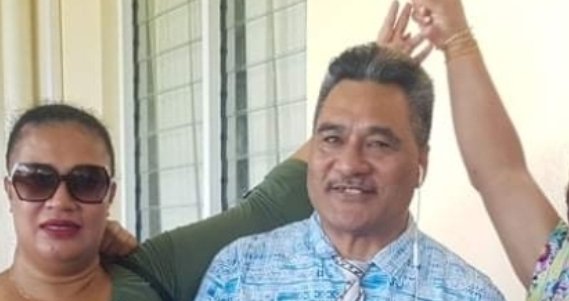 Police Commissioner Su’a Fuiavailiili Egon Keil has confirmed that one of two men accused of conspiracy to assassinate the Prime Minister of Samoa, and granted bail last month is now back in police custody.

“He did not sign in on a day last week as mandated by his bail condition”.

Justice Tafaoimalo Leilani Tuala-Warren granted bail for Malele Paulo and Lemai after a closed court hearing on the 28th of February.  At the time they had been remanded in custody for over six months, charged for conspiracy to muder.

Strict bail conditions for both accused were set by Justice Tuala-Warren including the requirement to sign in twice a week to police.

Lemai had requested to sign in at the Faleata Police station, which was granted by Tafaoimalo.

“They are to turn in their travel documents, sign in at the police station twice a week, make no contact with the alleged victim and prosecution witnesses and refrain from making public statements on social media regarding Court proceedings”.

The two accused were also instructed by Justice Tafaoimalo to stop any associations with Mr Talalelei Pauga, an Australian resident they allegedly conspired with to assassinate the Samoa Prime Minister.

Lemai was a Samoa First Political Party – SFPP candidate who competed under its flag in the Fa’asaleleaga No.2. by-election in March 2019.