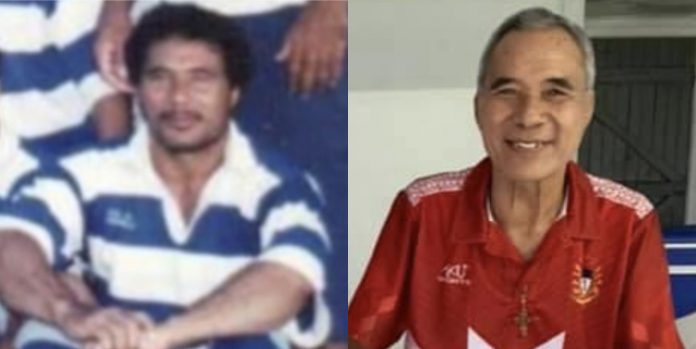 Catholic schools and sports fraternities in Samoa are mourning the passing of a respected educator, a legend who also leaves behind a legacy as a musician, a Marist Old Boy, a former Manu Samoa rep, and most of all, a much-loved and adored teacher.

Pouniu Danny La’ulu Ale – known as Mr Laulu was a blessing to so many who worked with him in the education and sports sectors.

As reminded by the Rugby League Samoa post, Pouniu played fullback for Samoa in the 1988 Pacific Cup alongside Leilani Kamu, Faalata Toomalatai, Kaleta Tualaulelei and others. Their efforts within the limited resources of that era, had paved the way for youngsters in rugby and athletics today.

Since Pouniu passed away on Wednesday at the Tupua Tamasese Meaole Hospital, the community has responded with hundreds of tributes and messages of condolences flooding social media.

Beautiful messages and posts of memories over the years reflects the huge impact Pouniu had made on the lives of his relatives, close friends, former team mates and thousands of his ex-students. Many have described his great sense of humour, and share special memories through stories.. 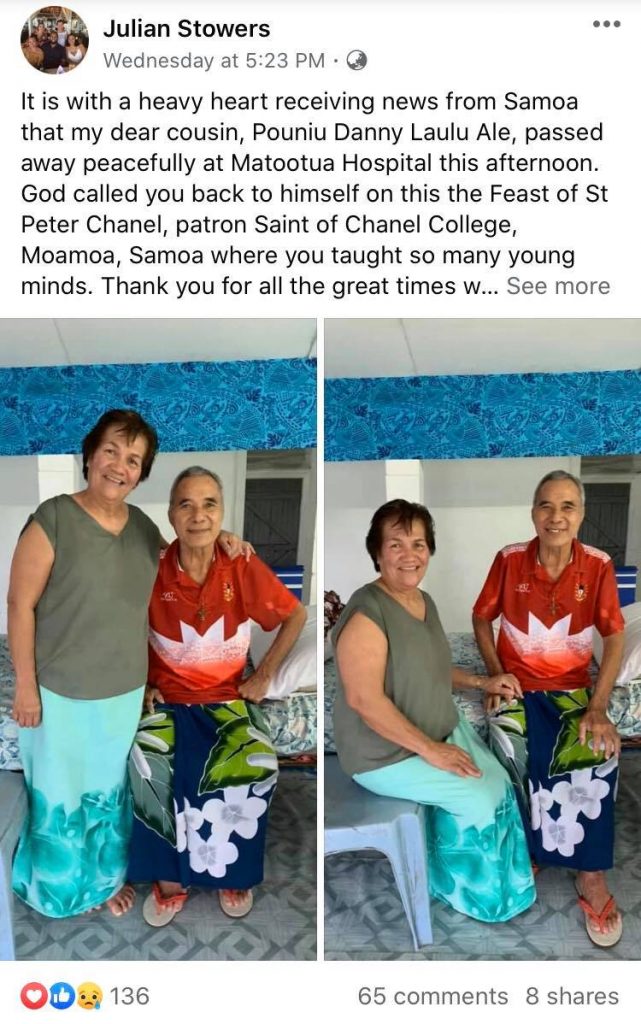 On the Chanel College Old Pupils Sydney Page a tribute remembering Pouniu as a teacher, a coach and also a choir leader who had an impact on the lives of the young ones he taught. 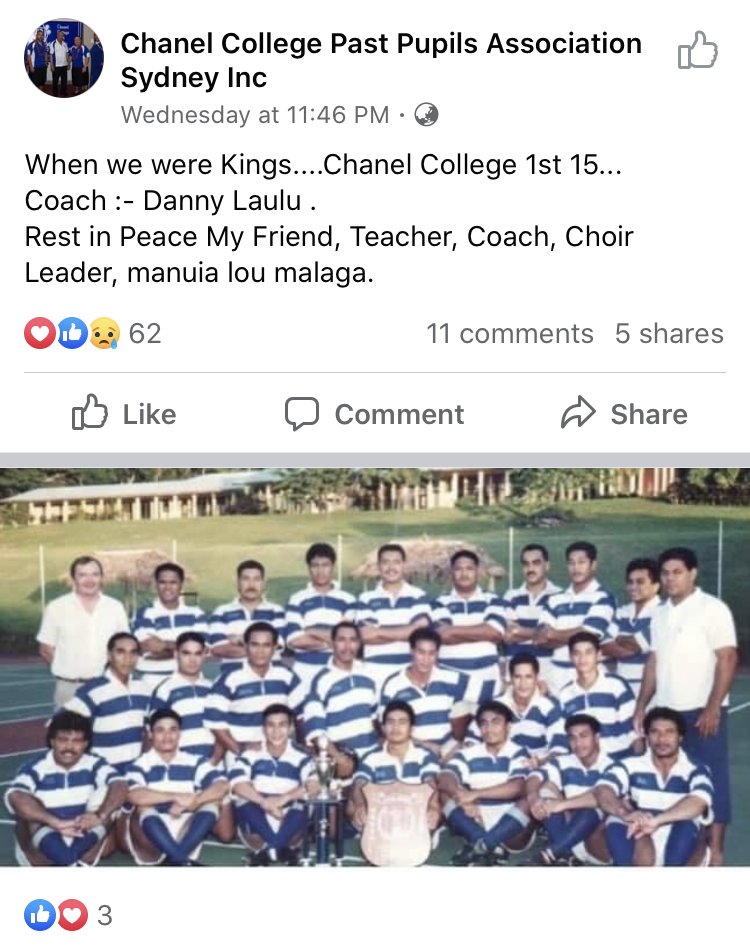 In the area of sports, Pouniu is no stranger to rugby, he was honoured by Marist Sports Club where he received a Legend Award in 2019.

Pouniu played in the 1990 Marist Sevens Tournament where he and his team took the Championship cup. 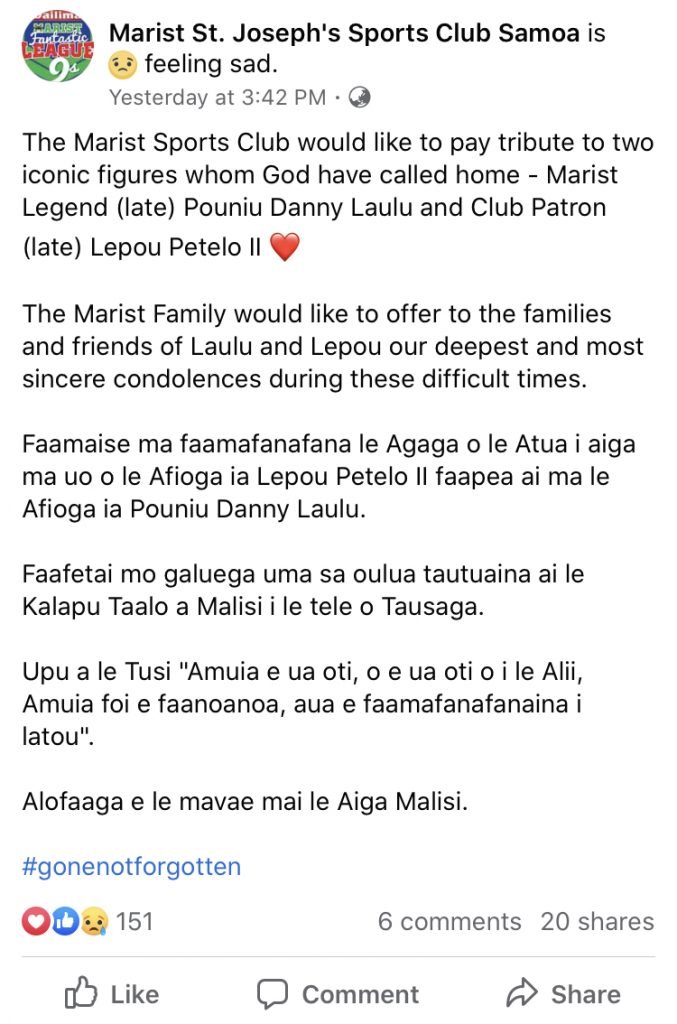 Rugby League Samoa posted a photo of the 1988 team on their tribute post. 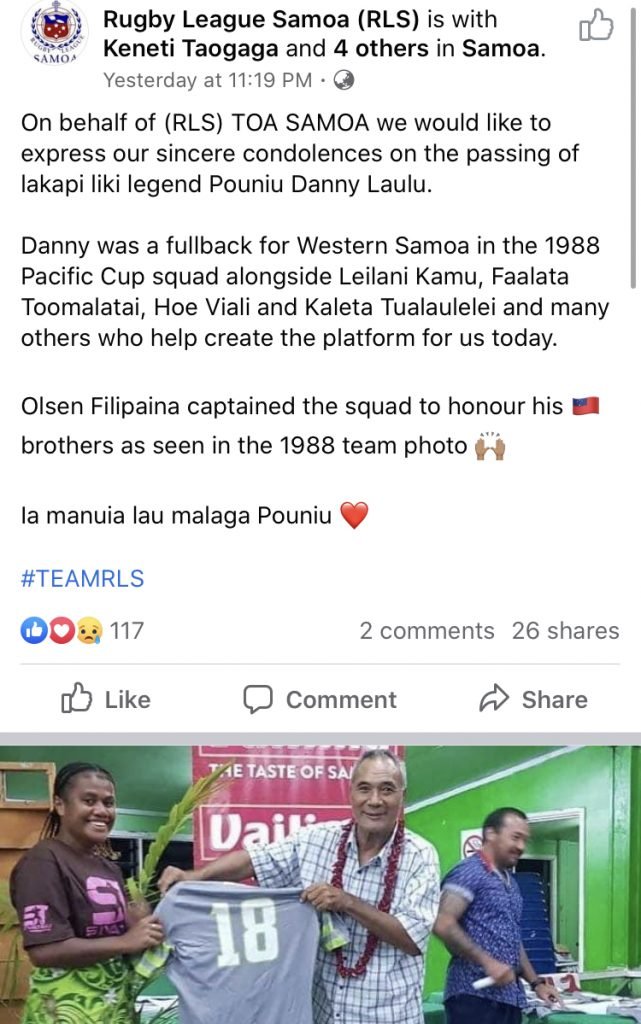 A former Manu Samoa Seven’s player Keneti Tofilau also paid a tribute to Pouniu saying he will never forget this legend of rugby and educator at Chanel College. 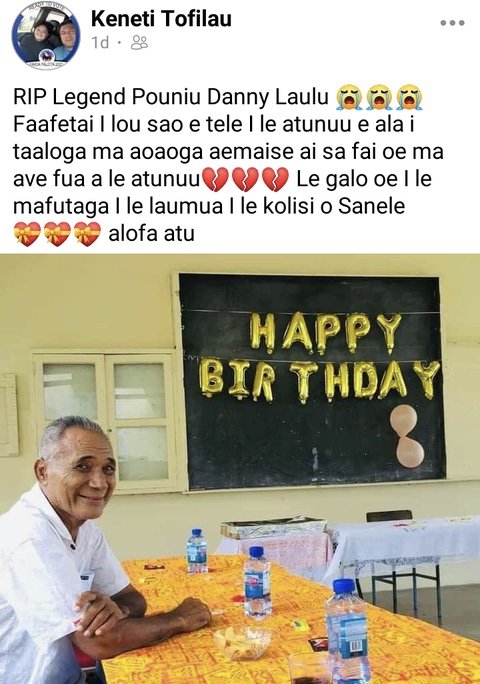 Mr Laulu is survived by his wife Fou La’ulu, their children and grandchildren.

Rest in Peace Mr Laulu. Your legacy lives on in the thousands of lives you touched as a dedicated teacher and mentor.