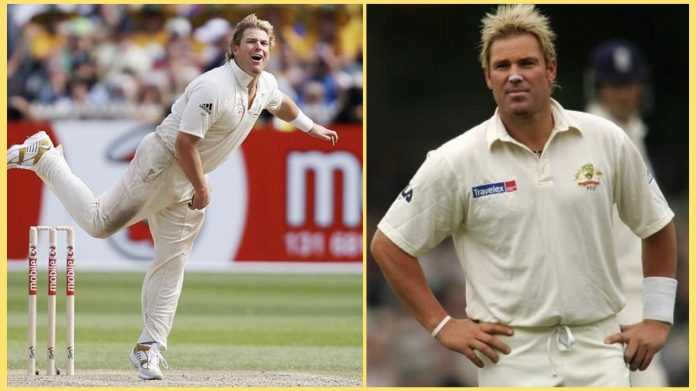 Australian cricketer Shane Warne, one of the finest spin bowlers of all time whose talent and personality transcended the sport, died aged 52 on Friday.

Warne, who ended his spell-binding international career in 2007 with a remarkable 708 test wickets, died from a suspected heart attack in Koh Samui, Thailand, his family confirmed in a statement.

“Shane was found unresponsive in his Villa and despite the best efforts of medical staff, he could not be revived,” the statement read.

“The family requests privacy at this time and will provide further details in due course.”

Credited for reviving the art of leg spin, Warne made his test debut in 1992 against India and by the time he ended his 15-year international career, the spinner had established himself as one of the all-time greats of the game.

On 26 December 2006 during an Australia-hosted Ashes Test, Warne became the first person to reach the milestone of 700 Test wickets and today he one of only two who’ve achieved this.

He also had 293 wickets from 194 one-dayers and won the man-of-the-match award when Australia beat Pakistan in the 1999 World Cup final.

Thai Police told Reuters Warne and three other friends were staying in a private villa and one of them went to inquire about him after the former cricketer did not turn up for dinner.

The friend did CPR on him and called an ambulance,” Chatchawin Nakmusik, an officer with the Bo Put police on Koh Samui, told Reuters by phone.

“An emergency response unit then arrived and did another CPR for 10-20 minutes. Then an ambulance from the Thai International Hospital arrived and took him there. They did CPR for five minutes, and then he died.”

According to the Herald Sun, attempts by Warne’s close friend and associate Andrew Neophitou to revive him were unsuccessful.

Neophitou was an executive producer behind the recently released documentary SHANE.

Staff at the Thai International Hospital told AFP in Bangkok that Warne’s body was taken to their facility around 6:00 pm local time (1100 GMT) from Samujana Villas, a luxury resort in the northeast of Koh Samui.

“The friend did CPR on him and called an ambulance,” Chatchawin Nakmusik, an officer with the Bo Put police on Koh Samui, told Reuters by phone.

“An emergency response unit then arrived and did another CPR for 10-20 minutes. Then an ambulance from the Thai International Hospital arrived and took him there. They did CPR for five minutes, and then he died.”

They did not know the cause of death but were not treating it as suspicious, added Chatchawin.

Warne’s death comes hours after another former Australian cricket great, wicket-keeper Rod Marsh died on Friday at the age of 74.

“Sad to hear the news that Rod Marsh has passed. He was a legend of our great game & an inspiration to so many young boys & girls. Rod cared deeply about cricket & gave so much-especially to Australia & England players. Sending lots & lots of love to Ros & the family.”

Rated by the esteemed Wisden Cricketers’ Almanack as among the five greatest players of the 20th century, Warne was one of the game’s prominent crowd-pullers whose craft as well as his lifestyle often made headlines.

The wily spinner frequently courted controversy and served a 12-month suspension after testing positive for banned diuretics in 2003.

Often called the best captain Australia never had, he inspired Rajasthan Royals to the inaugural Indian Premier League title in 2008.

Warne’s death prompted an avalanche of tributes from the cricketing world.

His great Indian rival Sachin Tendulkar was “shocked, stunned & miserable” at the death of “Warnie”.

“Unbelievable. I am shocked to the core. This can’t be true… Rest In Peace, @ShaneWarne. There are no words to describe what I feel right now. A huge loss for cricket,” he wrote.

Australia test captain Pat Cummins called Warne a “once-in-a-century cricketer” and said the team, currently playing in Pakistan, were “numbed by the news”.

“So many of us in the playing group grew up idolising him and fell in love with this great sport as a result,” Cummins said.

“The game of cricket was never the same after Shane emerged, and it will never be the same now he has gone. Rest in peace King.”

“It has been a terrible couple of days for Australian cricket with the passing of Rod Marsh and now Shane. Our thoughts are with both families,” added Cummins.