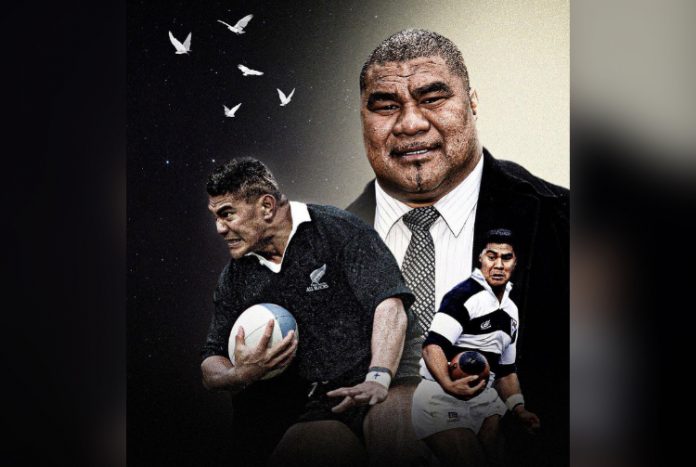 Known as ‘Inga the Winger’ the former professional rugby union and rugby league star was a blockbusting winger for Auckland and the New Zealand All Blacks before rugby switching to pursue a professional career in rugby league. He played international rugby league for Samoa and was part of the 1995 World Cup campaign.

Inga is a Samoan born from the village of Faleasi’u. He moved to New Zealand and attended Kelston Boy’s High where he was first noticed as a big, fast and exceptionally agile three-quarter.

His All Blacks debut was against British Columbia at Burnaby on the 8th of October 1989. He was still only 20 years old.

Numerous posts have flooded social media from across the globe as Fesolai’s passing shocks the rugby world.

The All Blacks described him as an ‘icon’ and an ‘inspiration’ both on and off the field.

His cause of death is unknown although Fesola’i was recently diagnosed with type 2 diabetes.

In 2007 he suffered a stroke and started speaking publicly about how he struggled with high blood pressure and obesity.

World Rugby posts, he was known as someone who gave everything on the field when be played. 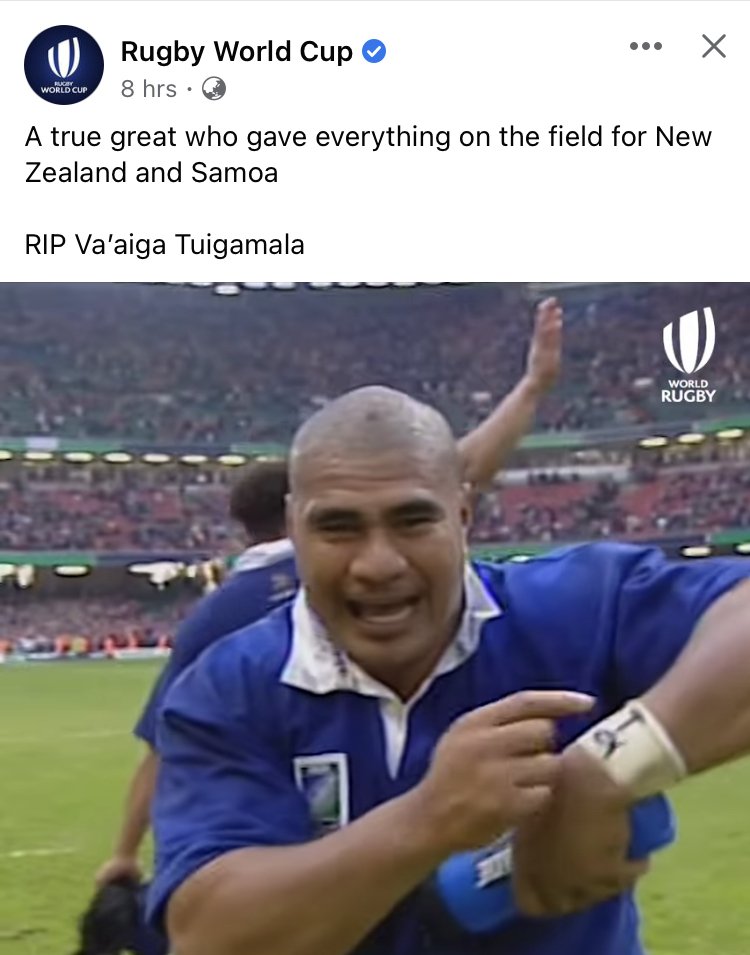 Inga played prop and winger for the winning Wigan squad in 1993-1994. He was an undisputed success at Wigan, helping the club to several titles.

When rugby union became openly professional in 1995, Tuigamala was one of the former rugby union players who returned from rugby league. He played for London Wasps winning the English Premiership and later joined Newcastle Falcons in a world record £1m deal.

“The Manu Samoa family has lost one of the hardest rugby players and team man to have worn the blue-jersey. He exemplified a professional attitude on and off the field and always puts his team mates and country first.”

Whether he played center, wing or prop he was known as a powerful runner. He was made a member of the New Zealand Order of Merit for services to rugby and community in 2008.

After his rugby career ended he acted as advisor for his cousin David Tua known to the world as a professional heavyweight boxer, and ran a funeral director company, ‘Tuigamala and Sons of Glendene’.