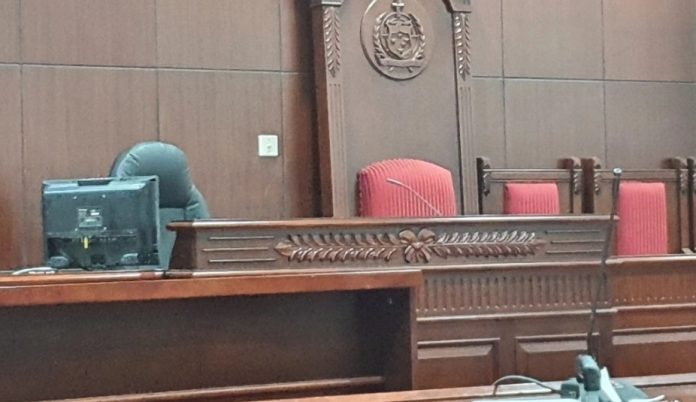 A legal aid lawyer has been approved for a man facing six charges of sexual violation and rape against a victim the Court revealed as being between 16 and 21 years of age.

Tanya Toailoa was appointed by the Court Registrar to represent the 40 year old whose name was suppressed by the Court to protect the identity of the victim.

It is alleged that in the period between 30 December 2020 and 31 March 2021 in Savaii the defendant allegedly raped the victim on six separate occasions.

The victim is a dependent family member of the defendant.

There is also an indecent assault charge for an incident dated 31 January 2021.

Ms Toailoa requested a one week adjournment to get full instructions of the charges against her client.

The matter has been delayed by five months as the Courts were required by Law to prioritise post April 9th general election matters and petitions during Samoa’s recent political crisis.

A march to end violence against women was one of the activities hosted during the political crisis.

One in ten women surveyed in a nation wide National Inquiry on Family Violence conducted by Samoa’s National Human Rights Institute (NHRI) in 2018, reported they had been raped in their lifetime by someone known to them within the family setting.

Domestic and sexual violence has been at epidemic levels for years and the Courts are flooded with incidents as a week does not go by criminal mentions without a new case presented by Police and AGs office Prosecutors.