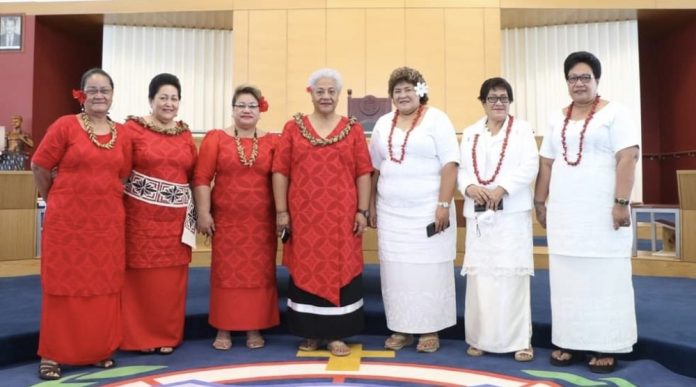 Courthouse Mulinuu, Apia Samoa. Samoa’s Constitutional Article 44 that was brought in to support and increase the participation of women in Parliament will return to the Court of Appeal for further clarification.

A three panel bench yesterday granted leave to appeal for an application filed by Aliimalemanu Alofa Tuuau, challenging the appointment of Toomata Nora Leota as an additional Member of Parliament under Article 44 of Samoa’s Constitution. A counter-appeal filed by Toomata was also granted.

Represented by Anne Matalasi of Leavai Law, the former Chair of Parliament’s Finance Committee submitted that Article 44(E) had been inappropriately applied to allow FAST party’s Toomata Nora into Parliament as an additional woman MP under special measures.

Samoa’s Article 44 is a special Constitutional measure designed to ensure the Maota Fono always has at least 10% women representation.

Article 44 has come under much scrutiny since the April 2021 general elections, especially since the numbers between the two main parties, HRPP and FAST, were separated by a hairline margin at the time.

In May 2021 Samoa’s Court of Appeal ruled that at least 6 women MPs are needed in Parliament to satisfy the Constitutional requirement of 44(1)(A). The Appeals Court also ruled that the additional women MPs could not be decided until after all and any by-elections were held and results considered.

Four women MPs won their seats at the April general elections. Following all subsequent by-elections, Aliimalemanu Alofa Tuuau and Faagasealii Sapoa Feagiai of HRPP were deemed to have the highest number and percentage of votes.  A warrant was issued by the Head of State declaring the two HRPP candidates as the 5th and 6th women MPs.

However the Speaker did not swear them in and instead sought clarification from the Courts on how to interpret and apply the Law. Toomata Nora Leota also filed a Court petition challenging the “highest number of votes”.

When the Supreme Court upheld Aliimalemanu and Faaagasealii as having the highest number of votes, and the Speaker was directed to immediately swear them in.

However in the same decision, the Supreme Court then also applied Article 44(1)(E) and declared Toomata Nora Leota as the 7th woman MP, also to be immediately sworn in.

It seems the interpretation of Article 44 will continue to haunt women MPs it set out to support with this weeks decision to accept Aliimalemanu’s appeal, and also a counter-appeal filed by Toomata.

The logic behind the Supreme Court declaring Toomata Nora an MP comes with the interpretation that HRPP election candidate Aeau Tima Leavai had won the general election, and later vacated her seat. Then at the by-election “a man was elected” to fill the vacated seat.

On the other side of the argument there are questions as to whether Aeau vacated the seat in the first place since she was not sworn-in as an MP.