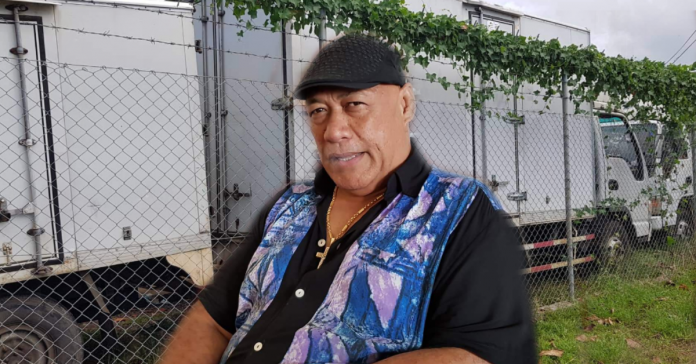 Voicing his concerns about the invasion robbery over the White Sunday weekend, Member of Parliament for Faleata i Sisifo Lealailepule Rimoni Aiafi, says this sort of crime goes against our Samoan culture.

Four youth from Vaigaga and Vaiusu have been detained by Police for the death of Mr. Cao Yaqing during an alleged home-business invasion attack on Saturday night.

Speaking to Samoa Global News, Lealailepule says a marked breakdown in our cultural practices and traditions is a contributing factor to the behaviour of youth.

The Associate Minister of Communication and Information Technology says foundational principles and a culmination of social problems has led to our youth getting involved in these types of horrific crimes.

“So it’s unemployment, lack of education, bad upbringing and being out of touch with the foundations of church and culture,” adds Lealailepule.

Lealailepule calls for harsher penalties to ensure Samoa is able to better protect our foreign investors, ex-patriates as well as tourists.

“All those groups need to know that it is safe to be in Samoa, especially our tourists”.

Lealailepule also says that Village Councils need to step up in their roles to guide the youth, and discipline them as necessary.

The Member of Parliament says people from his district do not all come under the formal Vaitele Village Council so they are in discussions with the Minsitry of Women Community and Social Development (MWCSD) to help set up a larger Council that caters for the uniqueness of Vaitele.

“We need a Council that includes all the Churches, Business Owners, Village Mayors and Community Leaders;

“A structured forum where leaders from all sectors can come together regularly and talk about ways to address the social issues facing our youth today, especially in these highly populated urban areas where the rule of Village Council is diluted”.

Latest information from a family member of two of the youth detained says it was an invasion robbery gone terribly wrong.

Two of the young men were brothers. During the robbery the older brother was allegedly tied up by the neck by Mr Cao so he called out to the group for help. “Fiaola”. When the group returned to get him, the group attacked Mr Cao which led to his tragic death.