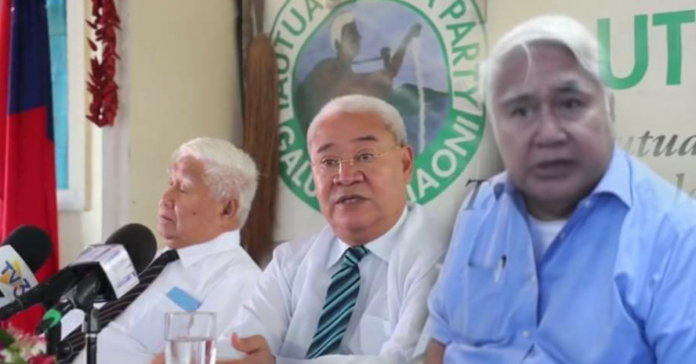 Former Member of Parliament Le Tagaloa Pita has once again announced his candidacy for the Tautua Party in the upcoming 2021 General Elections.

Le Tagaloa Pita was a Member of Parliament between 1970 and 2001 in a 30 year political career that saw him also hold Ministerial portfolios for Economic Affairs and the Samoa Post Office.

The now 82 year old served his Constituency of Palauli le Falefa until he lost his seat to former Deputy Prime Minister and Minister of Finance Faumuina Liuga, who has held it for the past 20 years or 4 consecutive elections.

The high chief from Sili was unable to run the 2016 general elections due to a technicality in the Electoral Act which saw the Courts rule him unable to fulfill the service to village or monotaga requirement. The chiefly status of Le Tagaloa Pita in cultural terms does not actually have to register a monotaga service.

Safata is one of the electoral contituencies that has been divided in recent reclassifications of electorate boundaries.

In his announcement Leota Su’atele says he sides with the Tautua Party’s position to remove the three Amendment Bills now before a Parliamentary Select Committee for public consultations.