A charter flight to evacuate over 20 missionaries of the Church of Jesus Christ of Latter Day Saints serving in American Samoa departed Pago Pago international ariport bound for Hawaii this morning.

According to an American Samoa government official the flight was approved by Governor Lolo Moliga who informed the Coronavirus Task Force about the special charter last week.

“Delta requested if the crew can stay overnight in Pago but that was rejected by the Governor;

“The agreed protocol was that crew would not be allowed to leave the aircraft as part of the conditions”. 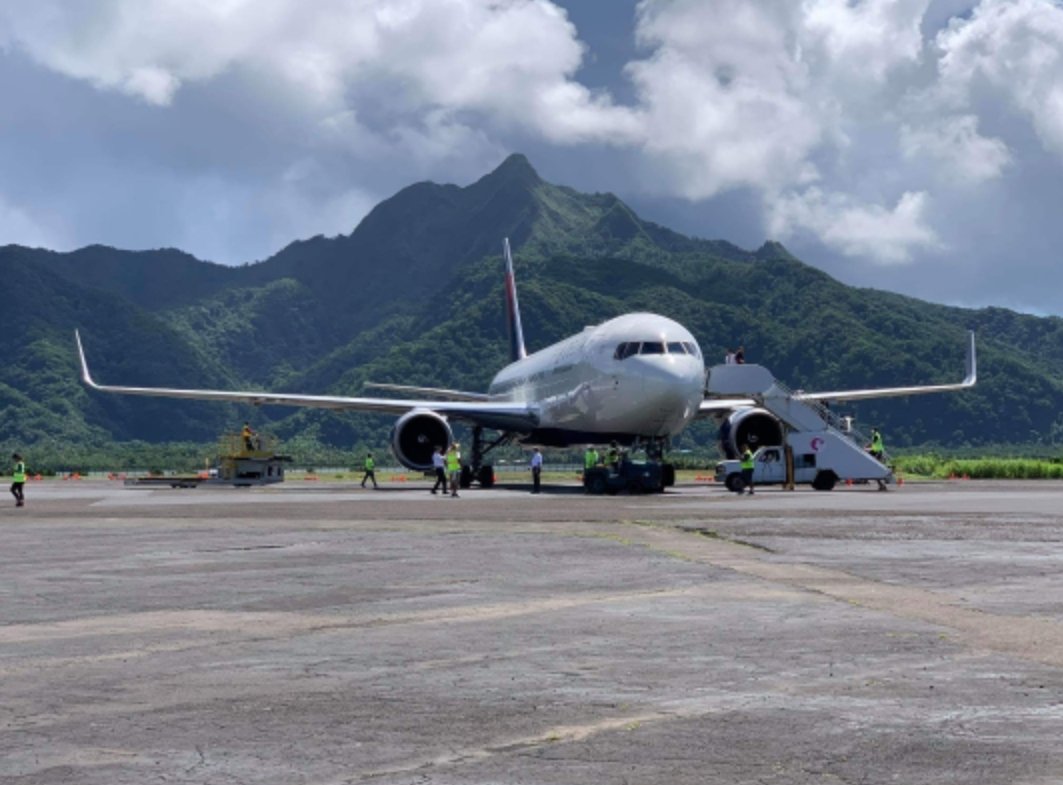 The Delta airways boeing 767 turned around in under one hour, with the LDS missionaries boarding the aircraft in a swift operation according to an American Samoa airport official.

Chartered flights and similar evacuation operations have been carried out by the LDS Church for missionaries around the world including Apia, Fiji and Tahiti.

Last week a charter flight landed at Faleolo International Airport to take home LDS missionaries who had been serving their missions across Samoa.

The charter flight operated by Fiji Airways left Apia on Monday 6th April for Sydney, with only LDS missionaries on board.

An official from the Samoa Airport Authority said, “there were 99 US and 27 Australian missionaries on board”.

“The missionaries included couples, those who served as dentists, temple workers and other areas in the Church”.

Last month around 1,600 LDS missionaries returned to Salt Lake City from the Phillipines before the country closed off its borders.

A March 20 letter from senior leaders of the Church detailed adjustments to missionary service due to the coronavirus pandemic.

“We take very seriously the health and safety of our missionaries and of those they teach,” the letter stated. “The rapidly developing travel advisories and restrictions that are emerging around the world present significant logistical and other challenges.”

The First Presidency and Quorum of the Twelve Apostles outlined the following temporary adjustments:

• “In the coming weeks, based upon world conditions, substantial numbers of missionaries will likely need to be returned to their home nations to continue their service. This will be done in a systematic way based on the urgency of travel restrictions, level of COVID-19 concern, and other considerations.

• “Returning missionaries will go through a 14-day period of self-isolation and then may be assigned to serve within their home country, based on local conditions.

The letter stated that additional adjustments may be necessary as Church leaders continue to evaluate changing conditions.

The LDS Church was the first to call for a worldwide stop to public gatherings and issue regular correspondence and information through the Church Newsroom for its members.