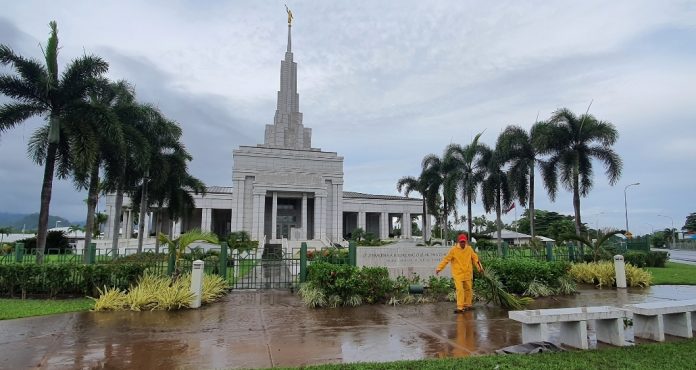 A member of the Church of Jesus Christ of Latter Day Saints who has lived in Pesega all his life says he is proud this morning to see the temple grounds return to its beauty following what he describes as one of the worst flooding he has ever experienced.

Afioga Matavao Sione of Pesega Muamua Ward says he witnessed extensive damage to all the plants around the Apia Samoa Temple as a gush of water flowed through the grounds yesterday morning.

“All the plants were uprooted by the flooding and there were none here yesterday..”

However this morning the Lotopa resident says he is surprised and proud to see the temple grounds back to normal.

He says the contractors assigned to maintaining temple grounds were seen working in the rain to remove damaged plants and had even replanted last night.

“And now, it is as if nothing happened,” the father of 6 says.

“And they have also been back here this morning..making sure the Temple is looking beautiful again”.

Matavao says the Church upholds high standards in all things, including the beautification of its grounds. 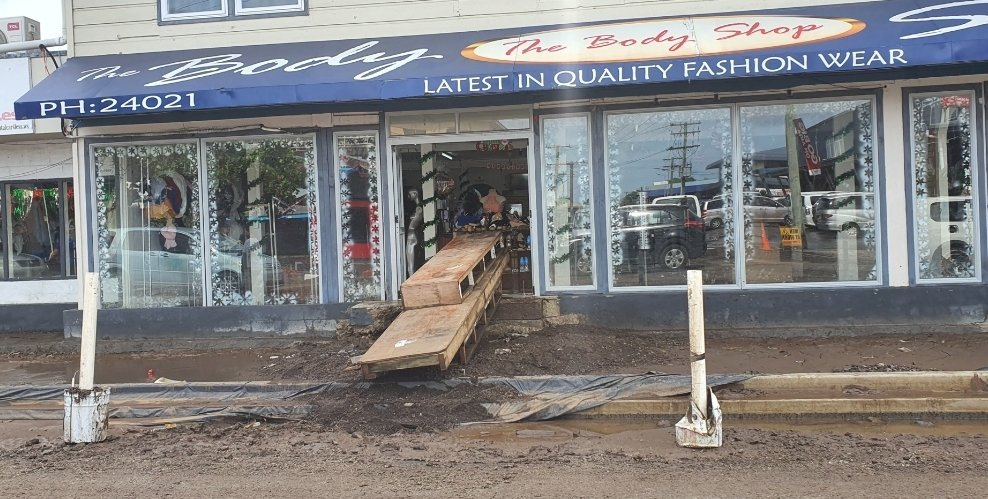 The rest of Apia including businesses were in cleaning mode this morning.

The Samoa Police, Prisons and Corrections Services were also seen clearing rubbish and tree logs across Apia early this morning.