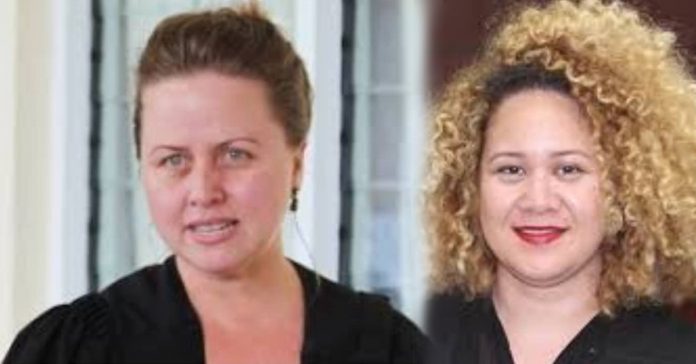 20 March, 2019. Samoa – Final submissions were heard this morning before Justice Mata Keli Tuatagaloa in the matter between Reverand Opapo Soanai Oeti of the EFKS Church and Toaipuapuaga Patrick and Samoa Observer.

Samoa’s only daily print news media is being sued for $700,000 tala by Rev Opapo and his daughter Toaipuapuaga over a Letter to the Editor published by Samoa Observer on the 29th of March 2017.

Counsel for the Plaintiff, Ms Muriel Lui put forward submissions claiming the letter that was published by the newspaper on the 29th of March 2017 was defamatory. Ms Lui also sunmitted that the letter was also almost alike to a post by anonymous blogger Ole Palemia publicised on the 27th of March 2017, which alleged incest allegations between Reverand Opapo and his daughter Toaipuapuaga.

Counsel told the Court that the letter has ruined the reputation of Reverand Opapo, not only as a father but as an ordained Minister.

“It implies that Toa is a liar.”

The Court also heard that it was this letter that contributed to the decision by the Toeaiina (Board) of the EFKS Church to strip Reverand Opapo from all his pastoral duties in 2017.

Justice Tuatagaloa then questioned Ms. Lui if she is assuming that this letter contributed to Reverand Opapo being stood down from being a pastor.

“Are you saying that’s why EFKS stripped him from his pastoral duties, because this is around that time that EFKS made their decision?

“So are you implying that this letter has contributed to the decision of EFKS because I thought Opapo was taken off before the publication of this letter?”

But Ms. Lui said that it was this letter that actually confirmed the decision by the elders of the church on Rev. Opapo.

However, Justice Tuatagaloa told Counsel that the decision by elders on Reverand Opapo was made before the letter by the newspaper was published.

During Defense Counsel Su’a Hellene Wallwork’s submissions she told the Court that Samoa Observer published a different letter from what was posted by OLP blogger.

She stated that OLP published an alleged incest between Rev. Opapo and his daughter however, in a letter published by Samoa Observer with author being name as MR it has nothing about an incest allegation.

In fact, Ms, Su’a told the Court that the letter only calls for the police to ask for a DNA Test in relation to Toa and her father as well as the stigmata issue.

The Court also heard that the Editor of the Samoa Observer Mataafa Keni Lesa in his sworn affidavit said that he knew nothing about the post by OLP until one of his reporters raised the issue with him.

“The plaintiff called one of the reporters and told the reporter about the OLP post so that reporter went and raised the issue with her editor and that’s why a retraction of some parts of the letter was taken down,” says Su’a.

“He retracted some parts of the letter on the 31st of March and issued an apology to the family.”

Justice Mata Tuatagaloa advised both counsels to be patient on waiting for her decision on the matter and that she will through her registrar give them both her decision when she is ready.