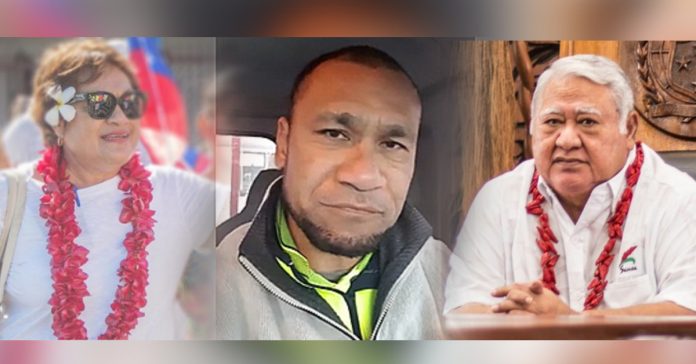 Last year a Facebook live video went viral on social media where Malele Paulo is seen accusing the Prime Minister of Samoa of serious crimes including the assassination of the late Levaula Kamu and smuggling arms into Samoa.

The Samoa Prime Minister laid a complaint to the Samoa Police which led to charges being brought against King Faipopo who was arrested earlier this year when he arrived into Samoa for his mother’s funeral.

When the matter was called before the District Court earlier this week, Judge Papalii said that an application to exclude proceedings was before the Court, filed by defense counsel.

Defense counsel Unasa Iuni Sapolu is arguing that the charges are based on alleged actions in Australia and should be deemed outside of Samoa’s jurisdiction.

Judge Papalii Rosella acknowledged that Prosecution had come ready to proceed with the hearing but stated that rhe application by Unasa had to be considered.

“The trial cannot proceed to hear in this Court although I note for the record that prosecution is ready to proceed and have also served their witness list and filed trial documents;

“So long as this issue is hovering over our heads we need to solve it,” said Judge Papalii.

Judge Papalii set the hearing for the 27th and confirmed she would deliver her decision on Friday 31st May.

“Defense counsel needs to file their submissions in support of their motion to exclude proceedings from this Court by the 10th of May;

“Prosecution is to then file submissions in response by the 24th of May;

“I will then deliver the decision on the 31st of May for obvious reasons given that this application goes to the issue of whether this court has jurisdiction to hear this matter as the defense intent to argue this matter.”