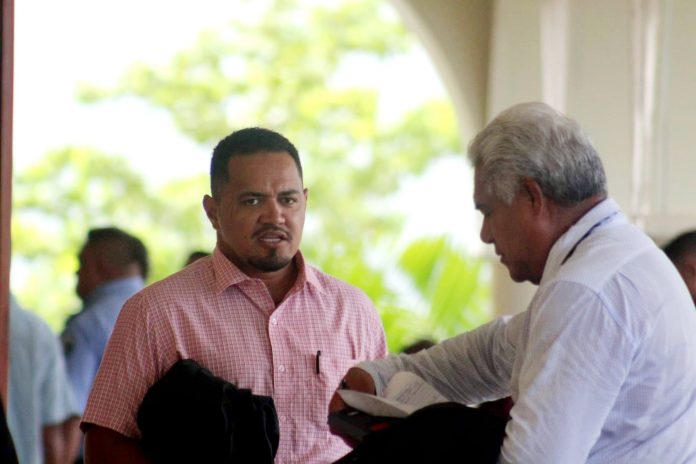 Defense counsel Masoe Charlie Vaai successfully sought bail for his client who had been held in custody for the past three months.

Benjamin BJ Evalu, 25, was arrested and charged in December 2020 in relation to a Birdie’s bar incident at Faleata Golf Course; which led to the death of Misipati Poasa, a 30 year old father of Aele Fou and Faleula.

Evalu is jointly charged with another co-defendant for assault but as Masoe explained, the assault charges against his client are not towards the deceased, but rather, friends of the deceased who returned to the scene causing trouble.

Another defendant, Gregory Roache, 24, was arrested by police soon after the incident, and charged with murder. Roache was released on bail two months ago in late January.

Defense counsel told the Court that it was unfair to keep his client in custody while Roache and his client’s co-defendant have been granted bail. He also told the Court Mr Evalu would be arguing self-defense in relation to the assault charges.

“This defendant, your honor, has not been found guilty.. but he has already spent three months in custody – from the 18th of December when he was charged..”

“There is no danger of the defendant re-offending as I mentioned before, he was only carrying out his duties as a security guard trying to remove the deceased from the premises..”

According to Masoe, the deceased was asked to leave Birdie’s Bar, but instead he returned with a group of friends and that’s when his client got into a fight with one of them.

“It’s extremely prejudicial and extremely unfair for my client to remain in custody for three months,” argued Masoe.

It was revealed, however, that Benjamin BJ Evalu was no stranger to the court system. He had a previous conviction of a similar offending in 2016 and was under supervision undergoing court-ordered probation programs at the time of the golf course incident.

Noting the trial date was seven months away, Justice Vui Clarence Nelson granted Mr Evalu bail with conditions. He reminded defense counsel that the other two defendants did not have previous convictions.

“That’s probably because they have clean records, and as noted the prosecution’s primary objective for bail is because of the previous conviction,” said Nelson.

Evalu’s bail conditions included the payment of a $1,000 tala bond to MJCA.

Mr Evalu is to report to Faleata Post every Friday before 12noon to sign in, and must not contact the victim or the prosecution’s witnesses using social media or any other form of communication.

He is prohibitted to return to the Faleata Golf Course and must reside at Alafua with his uncle, under his supervision.