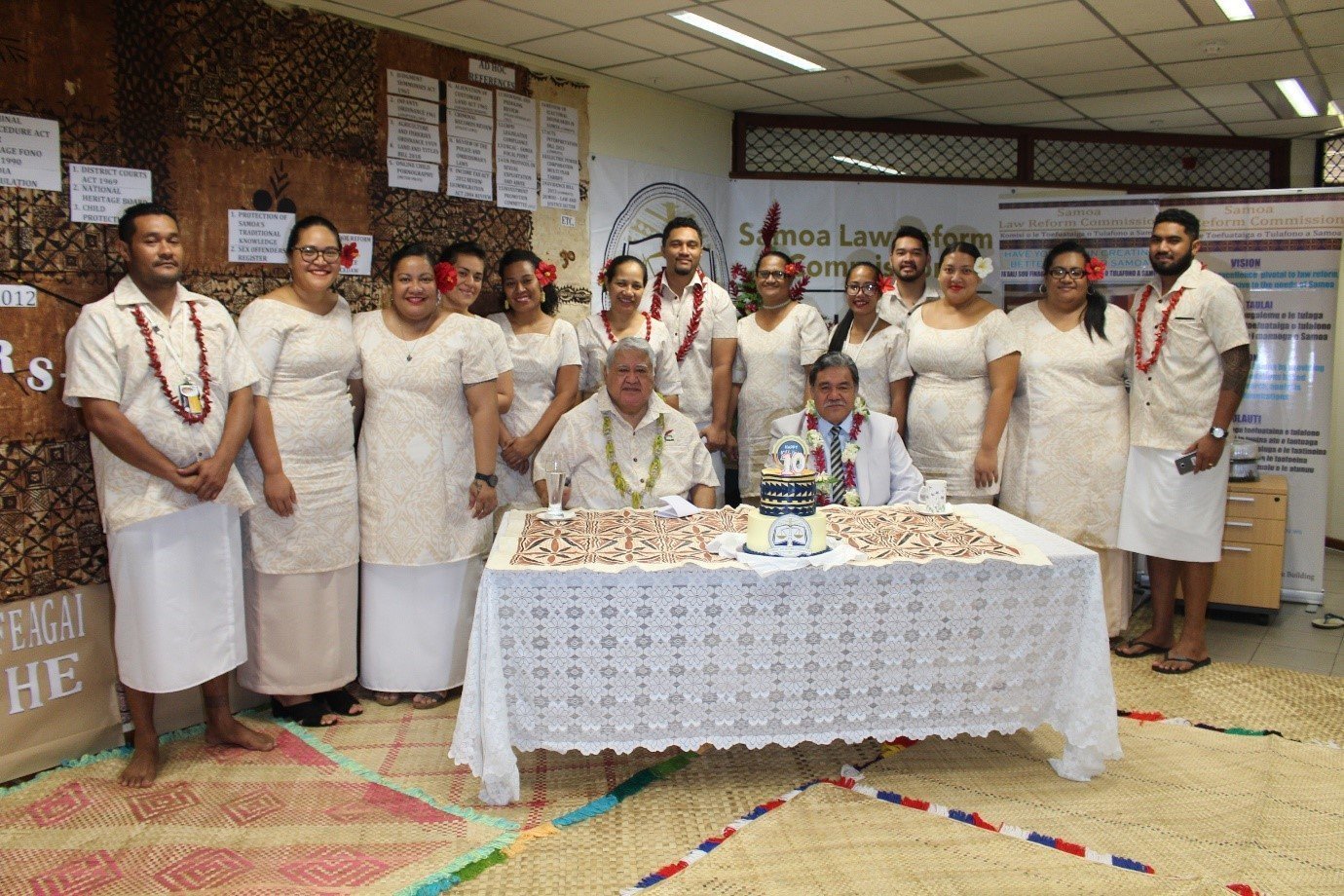 (GOVT. PRESS SECRETARIAT); The only thing you have to fear is fear itself, the Samoa Law Reform Commission, (SLRC) staff was encouraged today as the Commission celebrated its first 10th anniversary.

“Do not fear initiating any law reforms that you see fit deserves to be amended for the benefit of the country and that also includes the Constitution,” says Prime Minister Tuilaepa Dr. Sailele Malielegaoi from podium as he delivers his congratulatory speech.

He reiterated the same call in his Prepared Remarks in English. 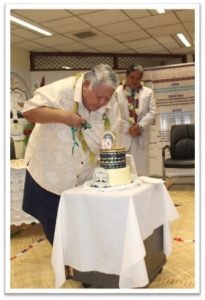 “…our laws are constantly evolving to adapt to new changes and developments.

“For effective law making in Samoa, law reform plays a crucial role, through its consultative law reform process, in ensuring that our laws are suitable and relevant to the needs of our people.

“Law reform embraces a bottom up approach upon which law making engages the wider community and government stakeholders for their views to inform any proposed changes to the law.

“For the Commission to move forward, we must allocate the necessary resources, time and money to improve its awareness and the process upon which law is made and reformed for the benefit of our people.

“In that regard, we all must continue to support the work of the Commission in the next 10 years and beyond.”

“This anniversary also marks a significant development for the Commission- the review of the Law Reform Commission Act 2008,” continued the Prime Minister.

“The Commission firmly believes that the lessons of the first 10 years can now be reviewed and developed perhaps in an updated statute guiding the Commission’s work in the next 10 years and beyond.

“Accordingly, the review of the Law Reform Commission Act 2008 is timely and necessary to respond to past challenges and, it is hoped and envisaged, to further meet its mandate in ensuring that the law reform projects referred to the Commission for review, and the resulting law reforms, are indeed relevant to the needs of the people of Samoa.

“A Discussion Paper on this review is now with Cabinet for approval.”