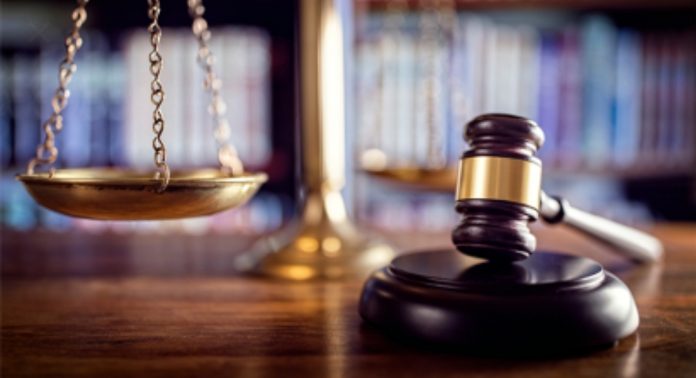 28 July 2020 Mulinuu, Apia. A 26 year old man has been sentenced to six months imprisonment for 10 counts of sexual connection towards his wife’s 15 year-old younger sister.

The 15 year old fell pregnant to the accused who pleaded guilty to the charges, and told Pobation that the victim initiated the sexual connection and came to him each time they had sex.

The victim says in her victim impact report that the accused initiated the sexual connection by waking her up one night as they were all sleeping and had sex with her. Then it became a regular occurrence that he would come to where she was sleeping and have sex. Her baby to the accused is now being looked after by her parents. She regrets what happened and does not want to see him again.

Justice Tafaoimalo Leilani Tuala-Warren had stressed during sentencing that the law makes it an offence to have sexual connection with a young person defined as a person who is 12 years or over, and under the age of 16 years.

“It is not consent merely because the person does not protest or physically resist the sexual connection or other sexual activity”.

“In this case, the victim did not protest or resist the accused. However, section 51(1)(a) of the Crimes Act 2013 provides that “it is not consent merely because the person does not protest or physically resist the sexual connection or other sexual activity”.

“This is critically important because a lack of resistance is not consent when it comes to a young person”.

Justice Tuala Warren referred to a Court of Appeal decision of AG v Niko Sefo (25 October 2018) where it was recognised that the purpose of this offence provision is twofold.

“One is society’s recognition that a young woman under 16 years of age requires protection from herself…that is why liability is strict and her consent is not a defence;

“The other reason is to protect young women from predatory conduct by older males”.

Justice Tuala-Warren also referred to previous similar cases before Justice Vui Clarence Nelson where he had stated that, “the law is there to protect young girls from mature men taking advantage of them”.

Also in a previous similar case, Police v Niko [2010] WSSC 26 the Supreme Court of Samoa remarked that “the sort of penalty that applies in this case ranges from 12 months to 2 years where a defendant has pleaded guilty and is a first offender”.

The Courts considered it an aggravating factor that the victim was only 15 years old and there was an 11 year age gap between her and the accused who was 26 years old at the time of the offending.

“This sexual offending occurred multiple times which suggests premeditation on the part of the accused who continued to approach the victim;

“It is also aggravating that the victim fell pregnant as a result of the accused’s actions. She is a child herself and now has a child. The impact on the victim is an aggravating feature.”

The accused’s early guilty plea was considered in his favor, as well as his apologies and remorse conveyed by defense counsel and probation. He also had character references by family members, villagers and faifeau.