“We are very saddened to hear of one of our Manu Samoa aiga Jake Grey who has lost his battle with cancer..”

“On behalf of Lakapi Samoa and Manu Samoa we send our deepenst condolences to his aiga and pray for God’s comfort during this difficult time”.

The 37 year-old passed former Manu Samoa prop away at Tupua Tamasese Meaole hospital in Apia on Sunday, after a long battle with cancer.

Grey was a product of local rugby development and had played through the ranks of age groups rugby playing Under 20 and Manu Samoa A. He played prop for his local club.

“Jake became Manu Samoa #520 when he was first selected to Manu Samoa in 2014, making his debut against Japan in May 2014,” said High Performance Unit General Manager, Seumanu Douglas Ngau Chun. 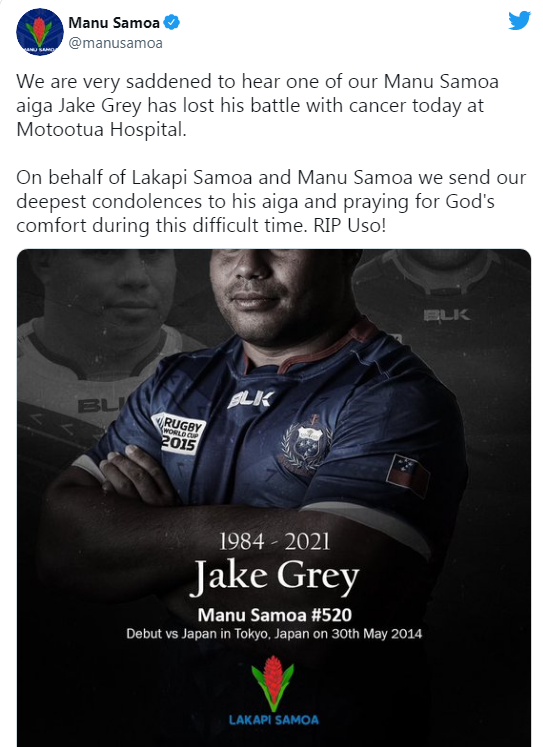