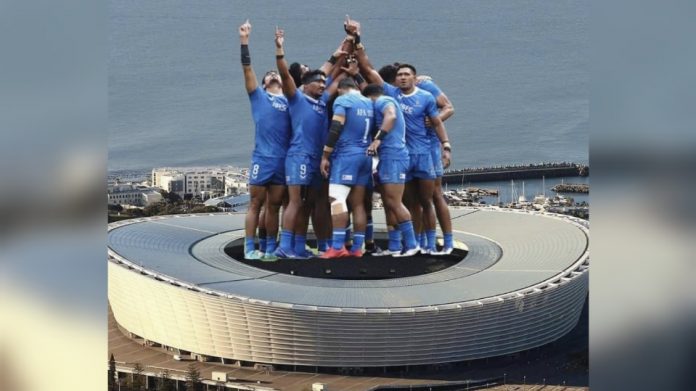 The Manu Samoa 7s rugby team are in Cape Town, South Africa for the Sevens Rugby World Cup and Lakapi Samoa have announced.the match schedule for this weekend.

If successful against Uganda Samoa will play USA on Saturday 10 September 02:39am (Samoa time).

Unlike the HSBC 7s where the teams are grouped into pools with two teams advancing to the quarter finals, the World Cup format favours the Top 8 teams from the precious world cup.

The Top 8 will sit out while 16 teams play a preliminary round. That is where Samoa is up against Uganda. If successful Samoa will play USA towards the RWC Championship.