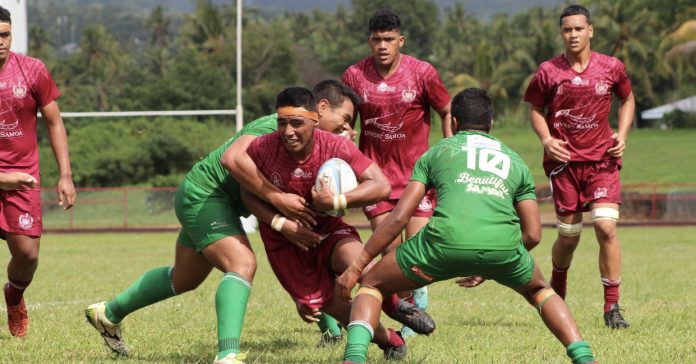 ‘Lakapi Championship 2022’ was officially launched at the Lakapi Samoa Head Office in Tuanaimato yesterday. The tournament is made up of four teams selected from the current active provincial unions: Upolu, Savaii, Apolima and Manono.

The Lakapi Championship is a high performance tournament which will aim to select the best for the Manuma Samoa and Junior Manu Samoa team.

Upolu and Savaii teams consist of under-20 players which will make up the selection pool for the Junior Manu Samoa.

The Apolima and Manono teams consist of under-23 players assisted by 5 senior players. These two teams make up the Manuma Samoa (formally known as Samoa A) selection pool.

The tournament will run based on the current format of the World Rugby Pacific Challenge tournament which Manuma Samoa will be competing in later this year.

The tournament kicks off on Wednesday 13 July and will be broken into 3 rounds with teams playing round robin.

Tournament games will be held at Apia Park throughout the month of July and is sponsored by Yazaki Kizuna Foundation and Vodafone Samoa.