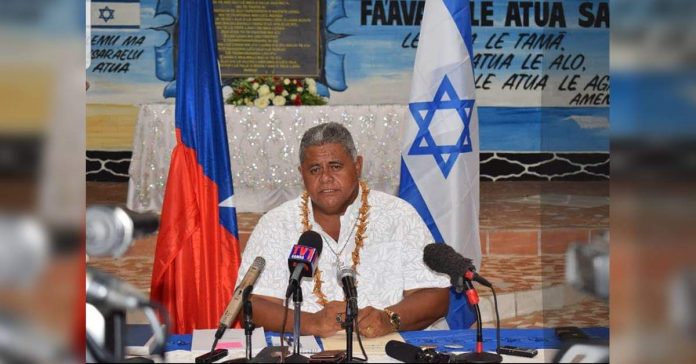 05 February 2019, Apia Samoa. Former Speaker and Minister, Laaulialemalietoa Leuatea Polataiva says that he will not take legal action against a political party that he and others had founded.

The Member of Parliament for Gagaifomauga No3 was speaking at a press conference in connection with a letter that was written by the leader of the HRPP party and Prime Minister Tuilaepa to Laauli.

The Prime Minister told the media last week that the letter thanked him for his services. The letter was sent to Laauli after he had voted against the HRPP party during the passing of the Electoral Amendment Bill.

The question of whether he would consider legal action was directed to Laauli by senior reporter Autagavaia Tipi Autagavaia during the press conference attended by all Samoa media at Maota o Samoa on Monday afternoon.

Laauli responded that he could not do such a thing to a political party that was founded by his constituency as well as 24 other constituencies.