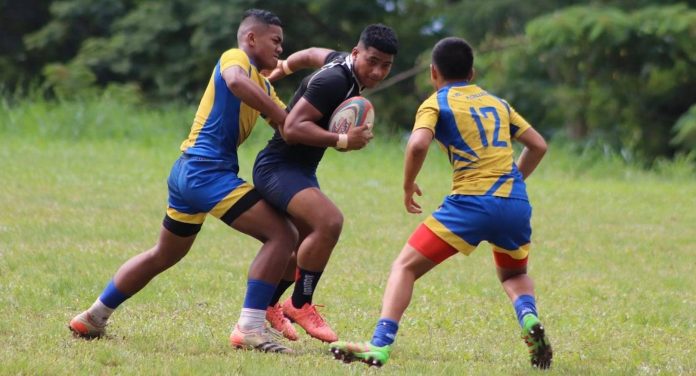 The Under 18 Boys of Nuuausala College were crowned Schools National Sevens Champions of 2021 after beating the U18 Boys of Church College Pesega in a close 19-12 in the Final.

Four months ago they also won the First XV’s Champ of Champ that was held at St Joseph’s College Field after beating the host of the tournament 11-5 before a crowd of passionate supporters including parents, ex students and the supporters from the village of Nofoalii.

The one day 7’s tournament was held at the Samoa Rugby Union grounds in Tuanaimato.

U18 Nuuausala College made their way to finals after leading Pool B which had St Josephs College, Itu-o-Tane College and Falealili College while U18 Pesega College was ranked first from Pool A that included Safata College, Leifiifi College and Vaiola College.

There were no quarter-finals and semi-finals as the U18 division only had 2 Pools.

Pesega College put up a good fight but Nuuausala College was just too hard to beat on the day.

Manusina Bows Out at Quarter-finals of Olympic Qualifiers