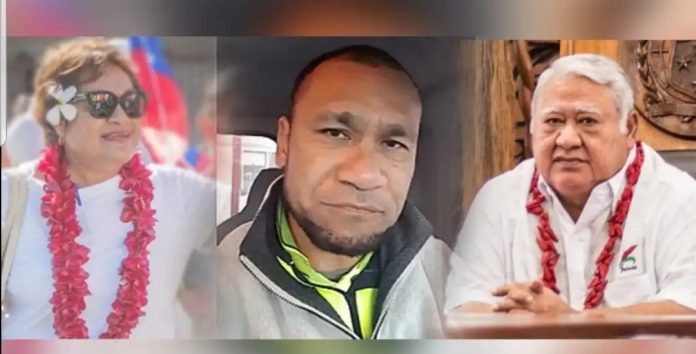 25 May 2019, Apia Samoa. Malele Paulo also known as King Faipopo has been remanded in
custody until his court hearing on Monday in relation to additional charges of defamation brought against him.

King Faipopo was arrested and charged on Thursday morning for what Police Commissioner Sua Fuiavailiili Egon Keil has confirmed are new charges of defamation.

Su’a Fuiavailili also confirmed that Paulo is now remaded in custody until his court appearance on Monday.

“He was charged on the same issue that he had already been charged with before, however, these are new charges,” said Su’a.

“Today, the Supreme Court said to refer the matter to District Court as it’s a minor offence that lower Courts can deal with,” she added.

A social media facebook post published by the accused on the 20th of May shows a video of himself saying that he was ready to die for the country and God, challenging his ‘haters’ to get their guns ready.

“Only evil people hide,” said Malele Paulo in his video.

Unasa says that, “It’s not a good look when the complainant is the Prime Minister who is also the Minister of Police, who happen to be the investigators and prosecutors who deliberately charged him to appear at the Supreme Court so they can justify throwing him in Tafaigata prison from yesterday until Monday.”