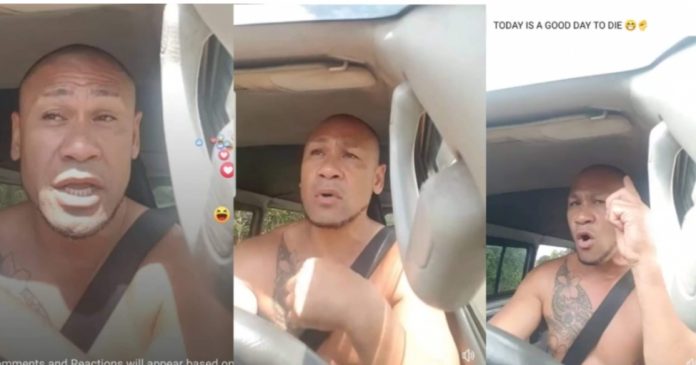 Apia, SAMOA — Malele Atofu Paulo also known as King Faipopo has pleaded guilty to one charge of making false statements that affect the reputation of another person.

He is scheduled to be sentenced next month in the District Court of Samoa.

The complainant is the Prime Minister Tuilaepa Sailelele Malielagaoi accused through social media by King Faipopo for being a murderer, a thief and a gun smuggler.

Outside Court the Attorney General offered no comment to the media as to the reasons for the withdrawal of the other charges.

Outside court, Malele turned away from his supporters facing a wall and seen shaking his  head as he spoke with his lawyer Josephine Sapolu.

He then claimed that he was not happy with the change of plea, and told those present that they needed to continue the fight to change the Government.

When the matter was called in Court earlier in the week, the Court was presented with an application for the matter to be resolved through a meeting between the accused and the defendant.

In March this year King Faipopo pleaded not guilty to the 13 charges brought against him.

He had published information on social media accusing Prime Minister Tuilaepa Sailele Malielegaoi of importing firearms in a container as well as writing a letter to a former minister, Toi Aukuso, in relation to the assassination of a former Cabinet Minister Luagalau Levaula Kamu.

The accusations were strongly denied by Prime Minister Tuilaepa Sailele Malielegaoi, who had challenged King Faipopo to “bring your witnesses”.

Another social media facebook post published by Malele on the 20th of May showed a video of himself saying that he was ready to die for the country and God, challenging his ‘haters’ to get their guns ready.

In the post which is still up on social media, King Faipopo says that Tuilaepa has been making deals with the devil for the past 30 years.

“Let me speak to Tuilaepa and hia gang and his mafia in Samoa;

“Samoa, o lea e taitaia le tatou atunuu e le tagata mafia, its a mafia; So for your own Tuilaepa Sailele, your gang, your mafia, your relative;

King Faipopo claimed that an elderly of his village of Salelologa wants the Prime Minister removed.