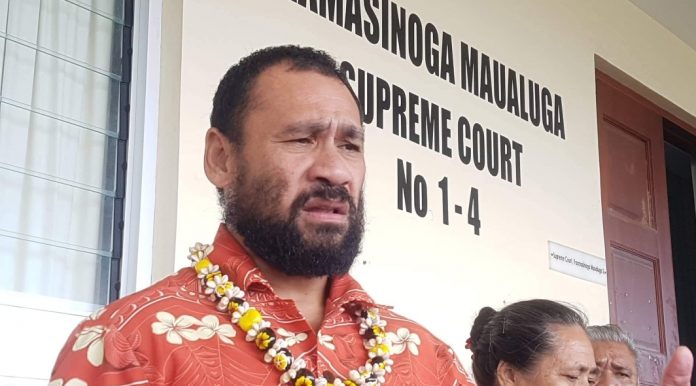 Malele Paulo well known to Samoans as King Faipopo has been sentenced to 7 weeks for making false statements on social media that affects the reputation of a person.

In bringing forth the charges Commissioner Su’a Fuiavailiili Egon Keil told Samoa Global News at the time that Paulo was charged “pursuant to section 117A of the Crimes Act with making false statements with the intention of causing harm to a member of our Samoan communities’ reputation, by defaming them”.

The accusations were strongly denied by Prime Minister Tuilaepa who had challenged King Faipopo to “bring your witnesses”.

It took Judge Alalatoa Rosella Papalii over two hours to read out the sentencing report outlining the basis of her decision.

King Faipopo was further ordered by Samoa’s District Court to remove his posts, which includes a video entitled “this is a good day to die” where Malele Paulo is seen driving and making statements towards Prime Minister Tuilaepa Sailele Malielegaoi.

Malele Paulo goes on to say in his video that he made an agreement with God to bring out the truth and challenges the Prime Minister to come out of the dark and into the light.

“I am God’s dog barking on your ears to hurt your ears;

“Share this video please people. Pass the message to Tuilaepa and his followers and his families and his mafia gang HRPP.”