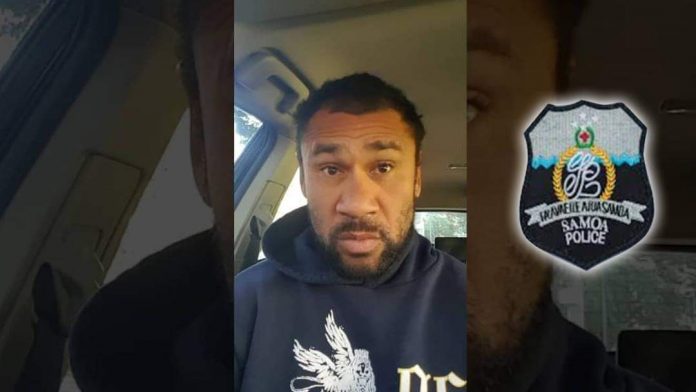 09 February 2019n Apia Samoa. The Samoa Police have sent out a press statement following the arrest of a man who made public allegations toward the Samoa Prime Minister on social media last August.

Malele Paulo known on social media as “King Faipopo” was arrested and detained overnight at the Apia police station. He was released on bail the next morning to attend his mother’s funeral at Aleipata.

Samoa Police confirm that the 45 year old citizen of New Zealand has been charged “pursuant to section 117A of the Crimes Act, with making False Statements with the intention of causing harm to a member of our Samoan communities’ reputation, by defaming them”.

King Faipopo had filmed himself on a social media live broadcast and publicly accused Tuilaepa of committing murder, corruption, theft and gun smuggling amongst other statements which the police say are strongly denied by the complainant.

Police say that investigations started in August 2018 when a complaint was filed by Samoa Prime Minister Tuilaepa Dr Sailele Malielegaoi in relation to alleged defamatory statements, made by the defendant.

The Samoa Police have said that this is a case of cyber bullying and cite s117A of the Crimes Act that relates to making false statements.

The statement by police warns against cyber bullying saying that the laws protect the public from being victimised by people on social media.

“The damage that defamatory statements on social media outlets and cyber bullying has done to several members of the community is a matter that these laws are designed to address”, say the police.

“Where complaints are laid with the police, we will do our best to assist those being victimised on social media platforms by any false statements,” reads the Samoa Police statement”.

The Samoa Police add that If convicted the defendant is liable to a fine not exceeding 175 penalty units or imprisonment for a term not exceeding three months per charge.

Paulo has been remanded at liberty, but has surrendered his NZ passport to Police and must report to the Criminal Investigation Division every Friday and is scheduled to appear before the Court March 5th 2019.