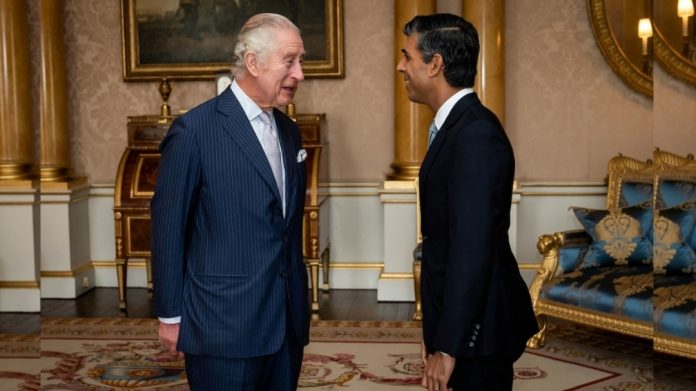 King Charles III reportedly broke royal tradition as he met the new Prime Minister of the UK, Rishi Sunak in the 1844 room at Buckingham Palace.

The room, named after a visit by Tsar Nicholas I from Russia in 1844, is typically used to host ambassadors and other events.

Located on the ground floor, the room is not used to meet with the new prime ministers as the late Queen preferred a more private space and used sn audience room on the first floor.”

King Charles III ascended the throne less than two months ago and is already on his second prime minister, playing a central role in that transition of power.

On Tuesday, in a carefully choreographed sequence of events that Britons are very familiar with these days, the monarch invited the new leader of the Conservative Party, Rishi Sunak, to form a government.

It was at that exact moment — and not before — that Sunak became prime minister of the United Kingdom.

Sunak was on Monday selected as leader of the Conservative Party, heralding a number of firsts.

The first person of color and first Hindu to lead Britain. At 42, Sunak is also the youngest Prime Minister in 200 years. He is also one of the richest politicians ever to hold office.

Tuesday was also a first for the king, who for the first time has presided over a changeover in power. His mother, the late Queen Elizabeth II, had 15 prime ministers during her long reign.