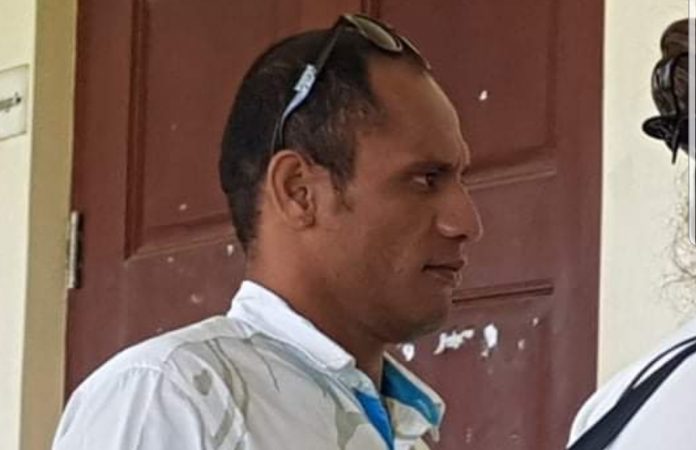 A business man who was at the Marina Glass Lounge on the night of the tragic incident that led to the death of returning scholarship student Jeremiah Malaki Tauiliili, told the Court that he had witnessed a senseless act that made him sick in the stomach.

“Kicking an unresponsive person was a cowardly act and it disgusted me,” said Bruce Leiataua.

Two young men each face a charge of reckless intent to commit murder with a lesser charge of manslaughter in relation to a bar brawl that went wrong on the 30th of November, early hours of 1st December 2018.

Witnesses over the past three days have all referred to a loud bang, allegedly made when the deceased hit the floor after being punched by Herman Westerlund. They also refer to a kick to the head of the deceased, given by the second defendant, Suapaina Savaiinaea.

Bruce Leiataua made no reference to Herman Westerlund, telling the Court that he had only turned towards the commotion when he heard a loud nise.

“It was like a slapping noise, when you slap your hands on the tiles”.

“I turned around and I saw a non-responsive person lying on the ground”.

“I saw a man walk over and kick him (the deceased) on the head.”

“Malaki’s head just moved from side to side,” explained the businessman.

“It really annoyed me. I just thought it was a very cowardly act, because this man is lying on the ground, completely non responsive, and he actually walked from the bar and kicked him full force”, recalled Leiataua.

“It really turned my stomach to see. Here is a helpless man on the ground, and another man which I actually thought was coming to attend to him, but instead he just came with a massive kick to the head.”

Leiataua told the Court that the kick landed on the right side of Malaki’s head, adding that the kick was a full force, huge kick.

Justice Mata Keli Tuatagaloa is presiding over the high profile case, with the deceased being the son of Member of Parliament for Vaimauga Sasa’e, Sulamania Tauiliili Tuivasa and one of the accused, a grandson to two of Samoa’s most successful businessmen, Lealiiee Rudy Ott and the late Herman ‘Magi’ Westerlund.

Justice Tuatagaloa asked Leiataua to clarify on a scale of 1 to 10, the sound he had heard.

During cross examination by defense counsels, Leiataua was unable to remember the clothes the man who kicked Malaki was wearing on the night but did tell the Court that he remembered his face.

Defense counsel Aaron Perkins QC representing Herman Westerlund suggested to the witness that he was not sober that night.

Leiataua said he did have a drink but he was not drunk on the night of the incident, and he also had dinner before incident happened.

Mr Leiataua was asked to demonstrate the kick inside Court. He demonstrated a huge kick that he later explained, “it’s like how you would kick a soccer ball”.

Leiataualesa Jerry Brunt representing Suapaina Savaiinaea put to the withness that the kick he demonstrated in Court was quite different from what was described by other witnesses.

Mr Leiataua answered, “The kick I saw that night was a 100% full force kick.”

Defense counsel also asked Leiataua if he can recall what this man was wearing on his feet.

He responded, “I don’t recall his footwear”

“How come that you didn’t see what he was wearing on his feet?”

Leiataua answered, “The kick was more shocking than what he was wearing on his feet.”

Yesterday in Court two witnesses identified the accused Suapaina Savaiinaea as the man they saw kick the deceased. One witness added that she had seen Savaiinaea pick up Malaki’s phone, before kicking his head.

Court proceedings continue in the Supreme Court of Samoa as prosecution gets through their long list of over 30 witnesses.