Harris tweeted a video of herself on the phone with President-elect Joe Biden shortly after the White House win for the Democratics was projected.

“We did it, we did it, Joe. You’re going to be the next president of the United States,” she said laughing. 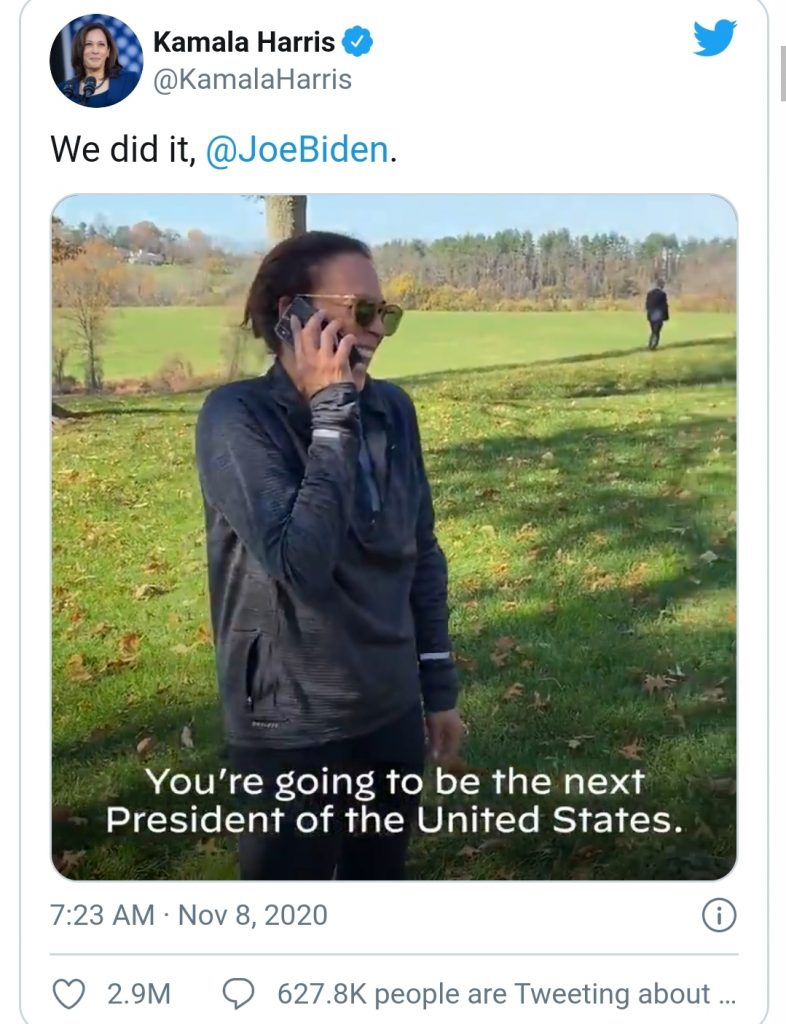 Harris has had a career of barrier-breaking accomplishments, from San Francisco District Attorney to California Attorney General to her most recent achievement as just the second-ever Black female US senator. Kamala Harris has been the United States Senator for California since 2017. 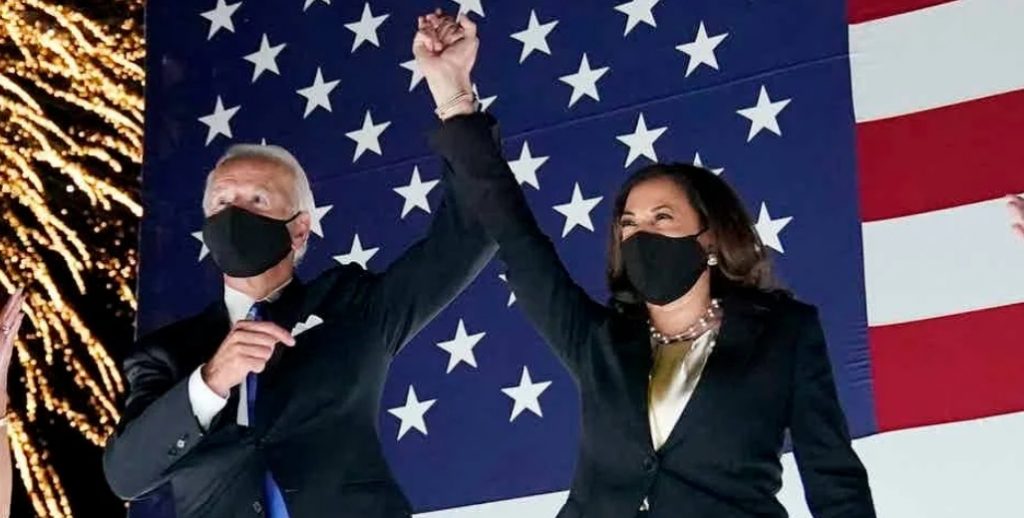 During her Democratic National Convention acceptance speech in August Harris had said, “That I am here tonight is a testament to the dedication of generations before me”.

Harris had said the trailblazers were “Women and men who believed so fiercely in the promise of equality, liberty and justice for all.”

Harris attended Howard University, a historically Black university in Washington. Her time at Howard, where she joined Alpha Kappa Alpha Sorority Inc. is said to have shaped her political vision.

“You didn’t have to be confined by anyone else’s idea of what it means to be Black,” she told CNN’s Dana Bash on “State of the Union” in September.

“You could be a fine arts student and also be class president. You could be homecoming queen and be the head of the science club. You could be a member of a sorority and be in student government and want to go to law school, and it encouraged you to be your full self.”

Over the course of her White House bid, Harris never shied away from mentioning that people attempted to box her in or doubted her as she sought to pave a path in politics.