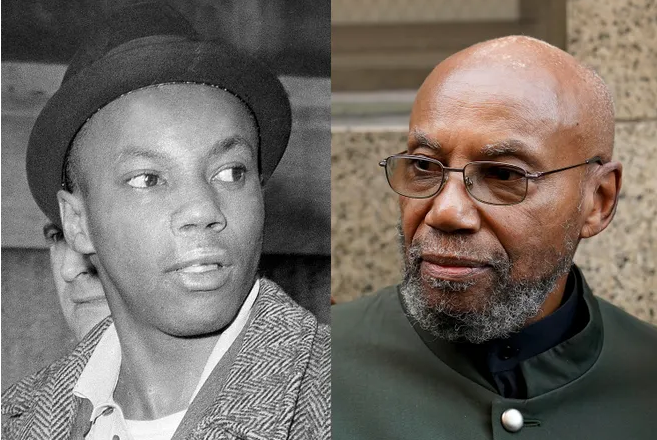 Two men who spent decades in prison for the murder of Black activist and civil rights advocate Malcolm X in 1965 were exonerated on Thursday after the Manhattan district attorney apologized for what he called “violations of the law and the public trust.”

Applause broke out in the courtroom as New York State Supreme Court Justice Ellen Biben vacated the convictions against Muhammad Aziz and Khalil Islam, who died in 2009. Both were released from prison on parole in the 1980s.

Aziz told the court that his wrongful conviction had stemmed from “a process that was corrupt to its core, one that is all too familiar to Black people in 2021,” and said he hoped the system would take “responsibility for the immeasurable harm it caused me.”

Two of Islam’s sons who were also present in court told reporters outside the courthouse that they felt “bittersweet” about the exoneration because it could not replace everything their family had lost.

Malcolm rose to prominence as the national spokesman of the Nation of Islam, an African-American Muslim group that espoused Black separatism. He spent over a decade with the group before becoming disillusioned, publicly breaking with it in 1964 and moderating some of his earlier views on racial separation.

He was shot dead at New York City’s Audubon Ballroom while preparing to deliver a speech. All three of the men convicted were members of the Nation of Islam.

Since the time of the assassination, every eye witness, police investigator and trial attorney on the case has died and all physical evidence, including the shotgun used in the assassination, is gone, and no telephone records were obtained at the time or are obtainable now.

Before tossing the convictions on Thursday, Biben said she regretted the court could not give Aziz and Islam back the years they had lost.

Islam’s family and Aziz could each reasonably seek $1 million in restitution for each year they spent in prison, according to civil rights Lawyer RICHARD Emery.

Emery said there were two ways to seek restitution: suing the state for unjust conviction, and filing a federal civil rights case against the law enforcement agencies involved.Aziz and Islam suffered the “ignominy” of being viewed as assassins of a beloved figure in the U.S. civil rights struggle.

One of Malcolm’s daughters said in a statement on Thursday that she hoped the “long overdue” exonerations would bring some peace to Aziz and Islam as well as their families. “Full justice will not be served until all parties involved in the orchestrated killing of our father are identified and brought to justice,” she said.