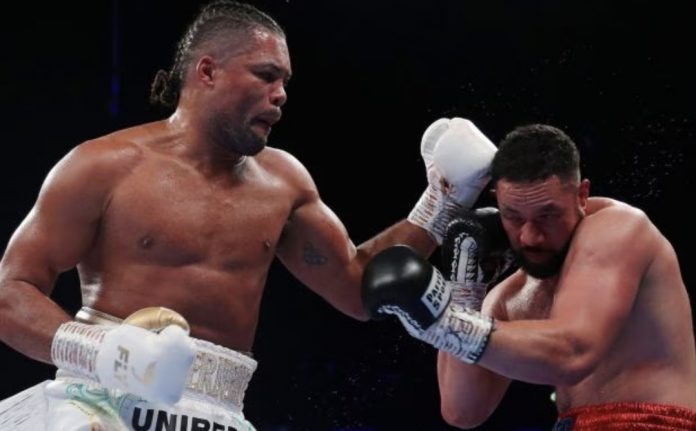 Both fighters landed heavy shots in a brutal main event before Joyce pulled away to finish in dominant style.

Lupesoliai showed great sportsmanship and held Joyce’s hand up to the sky after the result of their heavyweight fight in Manchester was announced by the referee.

The official scorecard shows Parker was very much still in the fight and had won the 10th round before the left hook knockout in the 11th. 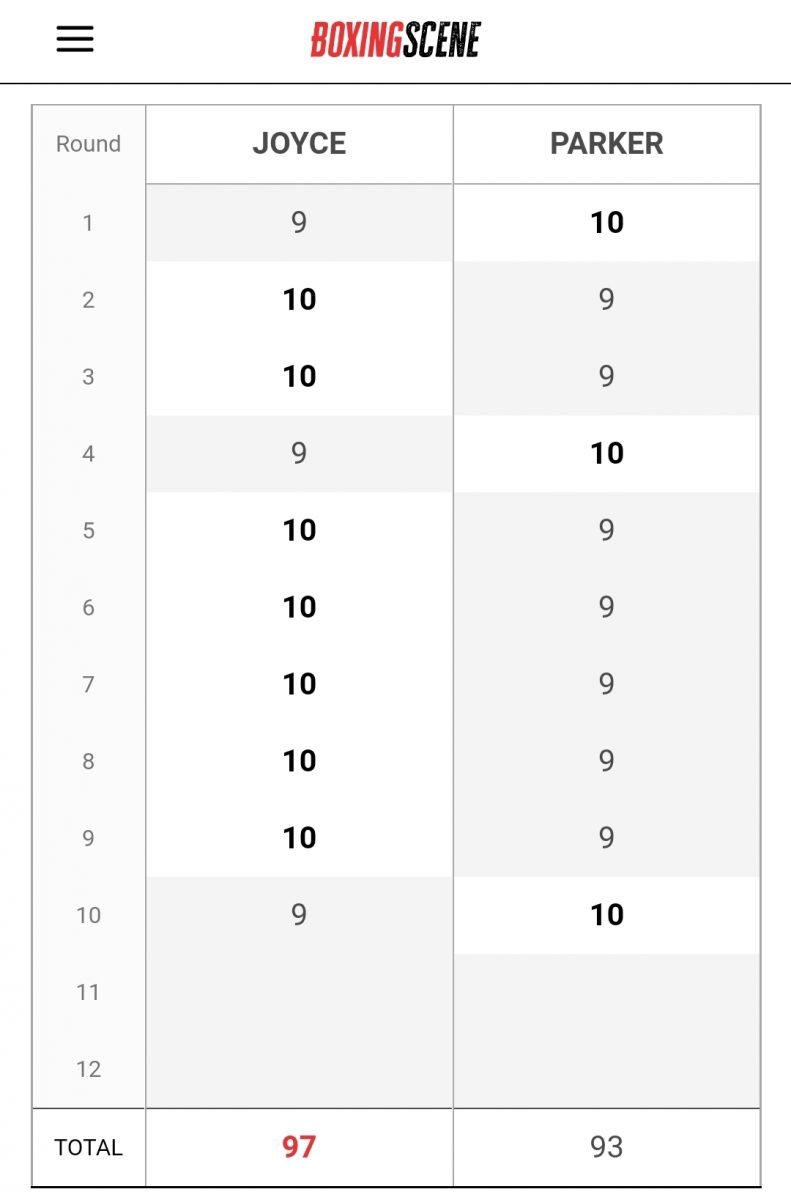 Joyce was winning on all three judges scorecards before the big finale but the score card showed that each round was a close 10-9 with Parker having won Rounds 1, 4 and 10.

Parker was cut early in Round 8 and did brilliantly to stay in the fight, with spurs of a comeback in the 10th and 11 round.

But Joyce reacted well to hit a long range left hook that knocked Parker down.

The stakes in this fight were high, the winner becoming the mandatory challenger for the WBO title which is currently held by Oleksandr Usyk.