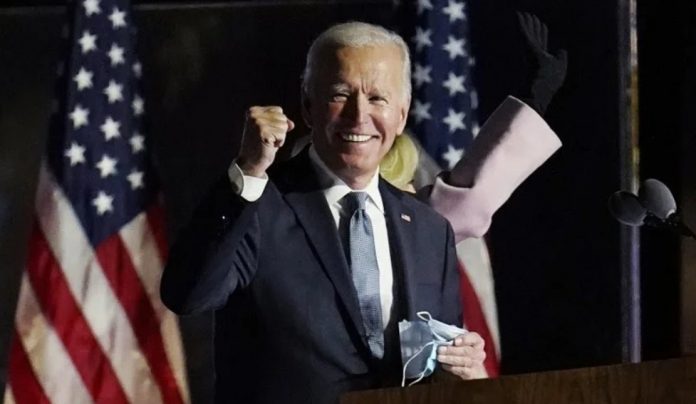 ⁰Sunday 8 November 2020. Joe Biden has won the election and will become the 46th President of the United States in a tight victory over Donald Trump on the fifth day of vote counting.

Biden calls for unity as supporters and protestors have taken to the streets across the United States as Biden passes the 270 electoral votes needed for victory.

People are seen on video footage honking their horns, starting impromptu dance parties and dancing in the streets in celebration of the end of the Trump era. 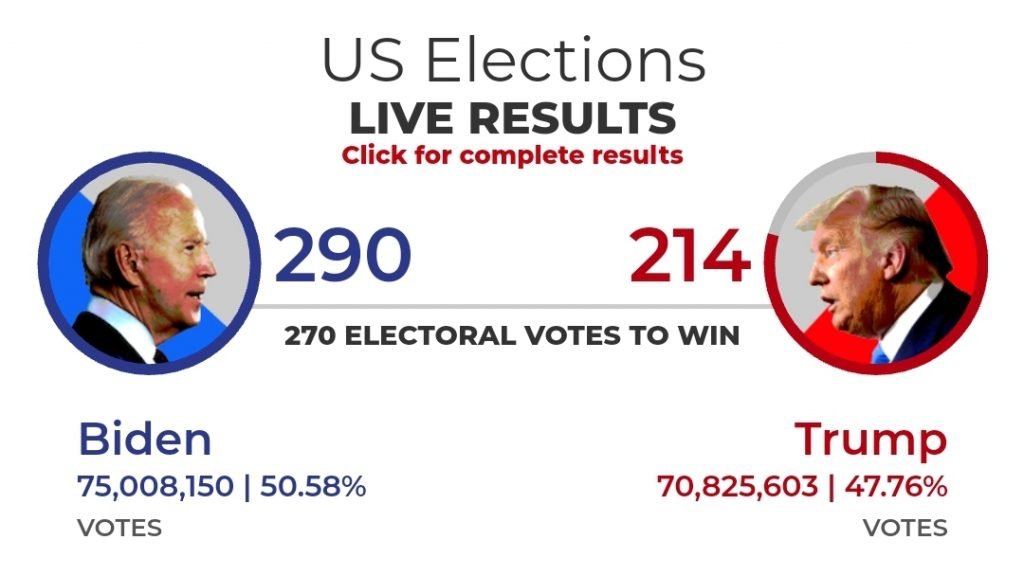 The former Vice President, Joe Biden has called for unity across the US “whether you voted for me or not”.

“With the election over it’s time to put the anger and harsh rhetoric behind us and come together as a nation..” reads the President-elect’s statement.

However, the 74-year-old Republican has not conceded defeat. Trump is calling for recounts and vowing a number of legal challenges.

Biden, however, has stressed in a public address that more Americans voted in this election than ever before in American history.

“And if we had any doubts, we shouldn’t have any longer about a Government of, for and by the people”.

As reported by ABC’s 7 News, Biden crossed the needed 270 electoral votes with a win in Pensylvannia “positioning himself to lead a nation gripped by the coronavirus pandemic and economic and social crisis.”

Joe Biden who turns 78 at the end of this month, will be the oldest President when he is inaugurated in January.

The Democratic Party victory means the US gets its first woman and woman of color, as Vice President.

Kamala Devi Harris is an attorney who has served as the junior United States senator from California since 2017.

President-Elect is expected to give a public address which you can livestream rolling coverage here.