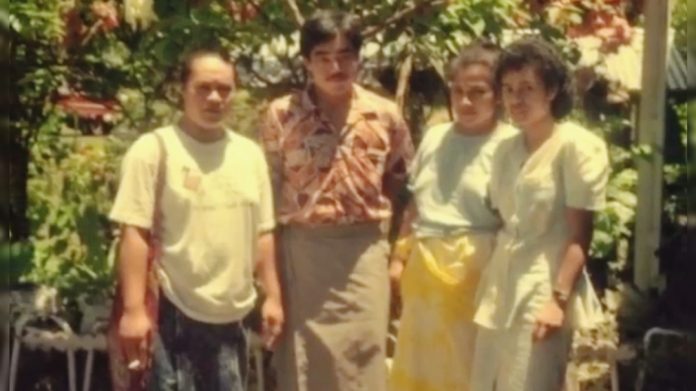 JICA volunteer Mr. Masuyuki Kono is touched that after 34 years, those he worked with in Samoa can still recall and remember well the impact he made in Samoa.

2022 marks the 50th Anniversary of JICA Volunteers in Samoa.

In commemoration JICA have been sharing photos and videos of recollections and memories of former volunteers with their host families, workplace colleagues and friends here in Samoa.

Masa Faasau recalls her first year as a teacher in Samoa in 1987.

“I taught at Samoa College that year and I remember Kono very well.”

Mr. Masuyuki Kono was emotional and surprised by the video message.

“Thank you for the family photo and the unexpected video message. I am honored that Masa still remembers me after 34 years.”

For 50 years, JICA Volunteers and host families have fostered trust, mutual understanding and friendship between Samoa and Japan.

At the beginning of the program in the 1970s, the number of JICA volunteers in Samoa was limited, but even so, their activities were fully recognised by the Samoan government.

The need for JICA Volunteers to work on the ground in key areas of Samoa’s social and economic development remains in high demand.

When the JICA volunteer program began in Samoa, volun￾teers were dispatched mainly in the fields of infrastructure and agriculture.

However in recent years, various cooperation activities, including training in education and industry, special support to the disabled people, and education for young people through sports, have already started.

“Looking ahead to the coming 50 years, we will create further cooperation programs together with the people of Samoa,” reads a JICA statement.