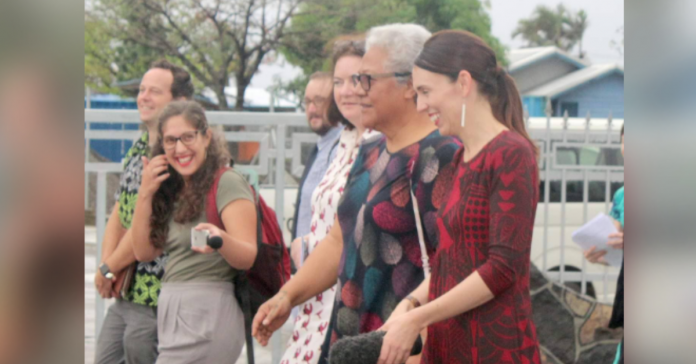 Sapeer Mayron of the Samoa Observer reports that the New Zealand Prime Minister did not give local media opportunity to ask questions or conduct interviews during her stop-over. Samoa Observer is the country’s only daily newspaper which also has a strong online following.

JAWS President Rudy Bartley says it is unfair to say that Prime Minister Ardern ignored local media adding that the Prime Minister’s full schedule and program was circulated for all local media to attend and cover. 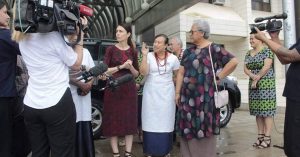 “Our Press Secretariat usually tells us when it is a photo opp and when it is a formal media press conference,”

“I remember clearly Lave’s post advising 6.20pm reception at the NZ Residence, that it was a photo opportunity only,”

“So to me it was clear that there were no interviews for this event.”

“But it is an unfair comment to make that all media were ignored.”

“The ambush interview approach is not really the Samoan way,” said the JAWS President.

Bartley observed that given the weather and the Manu Samoa test match that day, few media attended the evening function.

“Few media, overseas and local, were at the evening function, It was just us, Samoa Observer and the Government Press.”

Freelance Journalist and Radio New Zealand local correspondent Autagavaia Tipi Autagavaia said, “it is usual for media to be invited to formal functions, just for photo-ops and to cover speeches”.

“With the New Zealand PM visit, I understood that media could not do interviews because of the tight schedule,” said Autagavaia.

Jacinda Ardern arrived at 1pm last Saturday and her stop-over visit included a stroll down the NZ funded waterfront and events centre, the launch of the National Strategy to save the endangered manumea bird, and formal bilateral talks with Prime Minister Tuilaepa before the evening function in her honor at the NZ High Commission residence.

“I was at her visit to the waterfront project and really wanted to ask questions about the assistance and the transgender issue,” said Autagavaia.

To accomodate requests, Rudy Bartley says he has written formally to the New Zealand High Commission Office requesting a media opportunity with the New Zealand Prime Minister when she comes back from Tokelau through Apia.

“I have asked the New Zealand High Commissioner for a press conference if possible on her way back to NZ,” added the JAWS President.