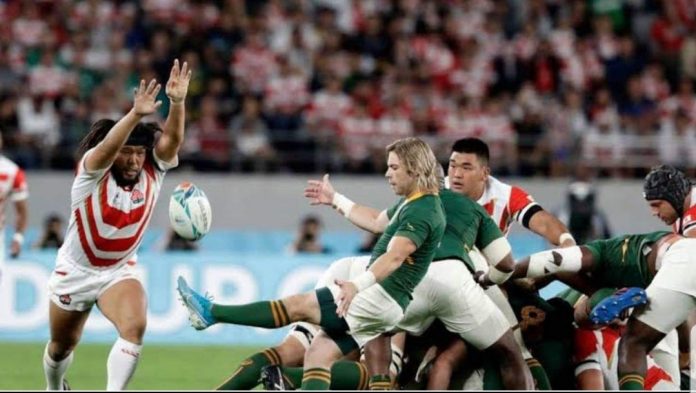 Japan’s fairytale Rugby World Cup campaign has come to and end after a 26-3 defeat at the hands of a clinical Springboks outfit.

South Africa put points on the board early by way of a Makazole Mapimpi try. The South African scrum provided clean ball for Faf De Klerk to find his winger who beat 2 would be Japanese defenders to find his way to the try line. 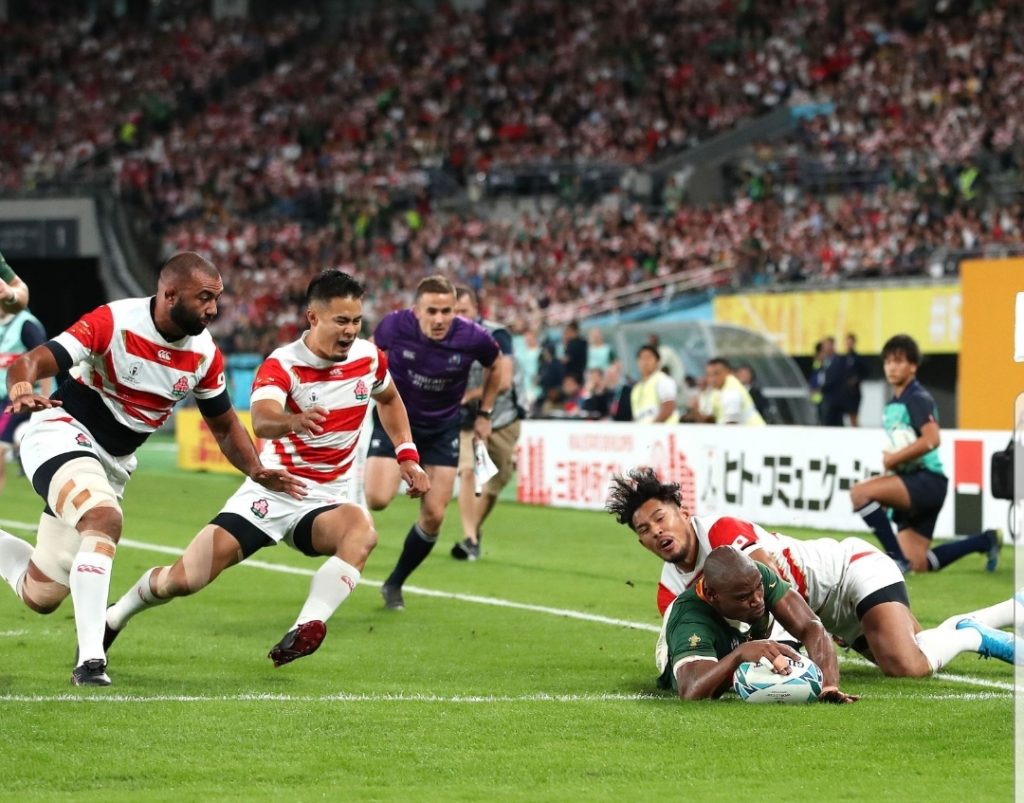 With Handre Pollard missing the conversion, South Africa lead by only 5.

Japan dominated on all aspects of the game and held on to the ball for 68% of the first half, playing inside South Africa’s half for 27 of the first 40 minutes.

Referee Wayne Barnes did not need to see a TMO replay to flash his yellow card to Tendai Mtawarira to send the South African to the sin bin for a tip tackle. Athough Japan showed class in it’s lineouts and scrums, with a slick backline that put the Springboks under pressure, they were not able to turn the yellow card advantage into points. 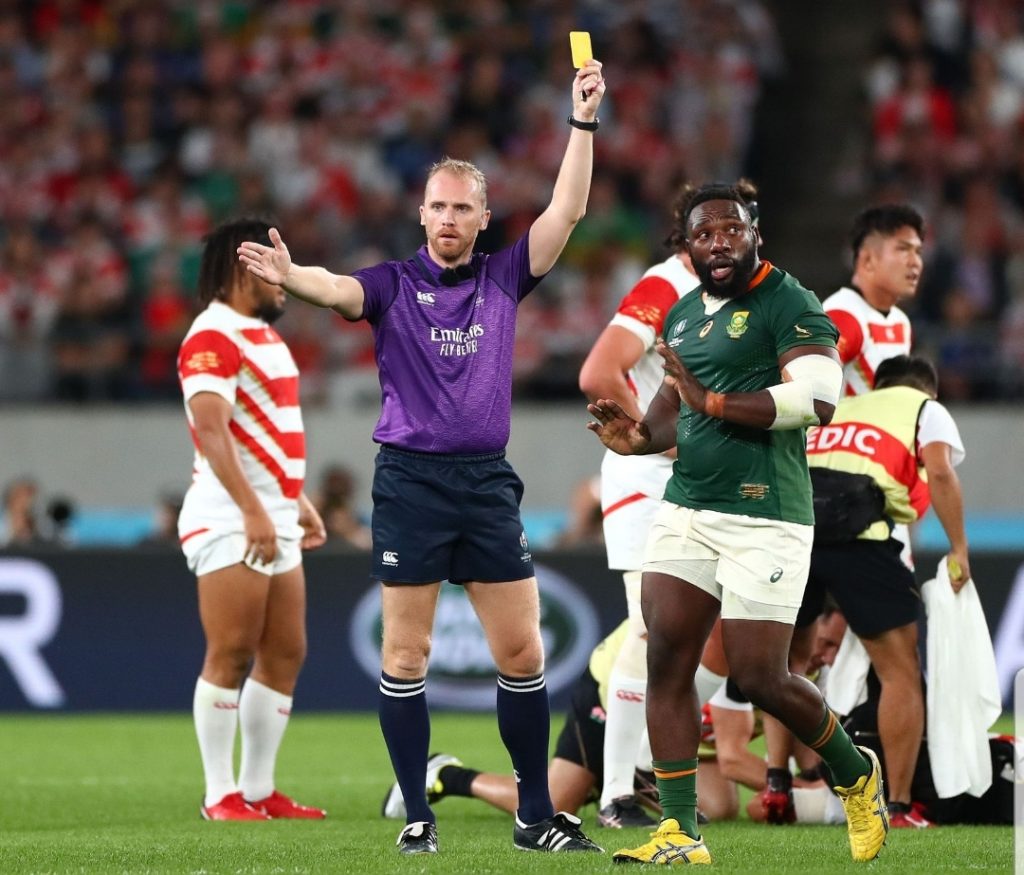 Japan cut the lead to 2 with a penalty goal off the back of some great scrummaging technique by their forward pack who held off South Africa’s scrum throughout the first half of the match.

Japan were not able to put any more points on the board heading in to halftime and South Africa lead 5-3 at the half. 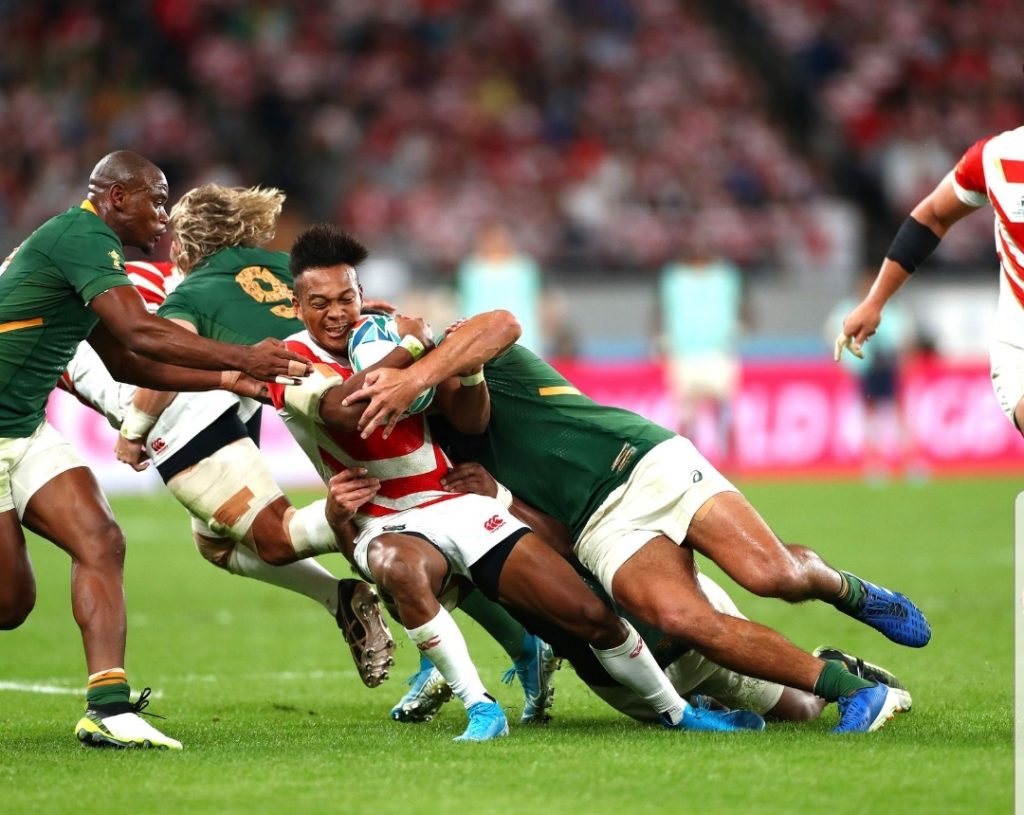 Japan were quick to try and fix their scrum by making an early substitution. Loose head prop Keita Inagaki came off for Isileli Nakajima.

In spite of the fresh legs in the front row, South Africa still managed to dominate at scrum time. The man they called “The Beast”, Tendai Mtawarira was too strong for Najajima as South Africa earned another penalty.

Handre Pollard converted the penalty and put the Springboks up 11-3.

South Africa’s foward pack continued to dominate the second half with a 20-metre brilliantly executed rolling maul, up inside Japans 22 metre line.

Malcom Marx broke off the maul into acres of space before offloading for De Klerk who crossed for South Africa’s second try. 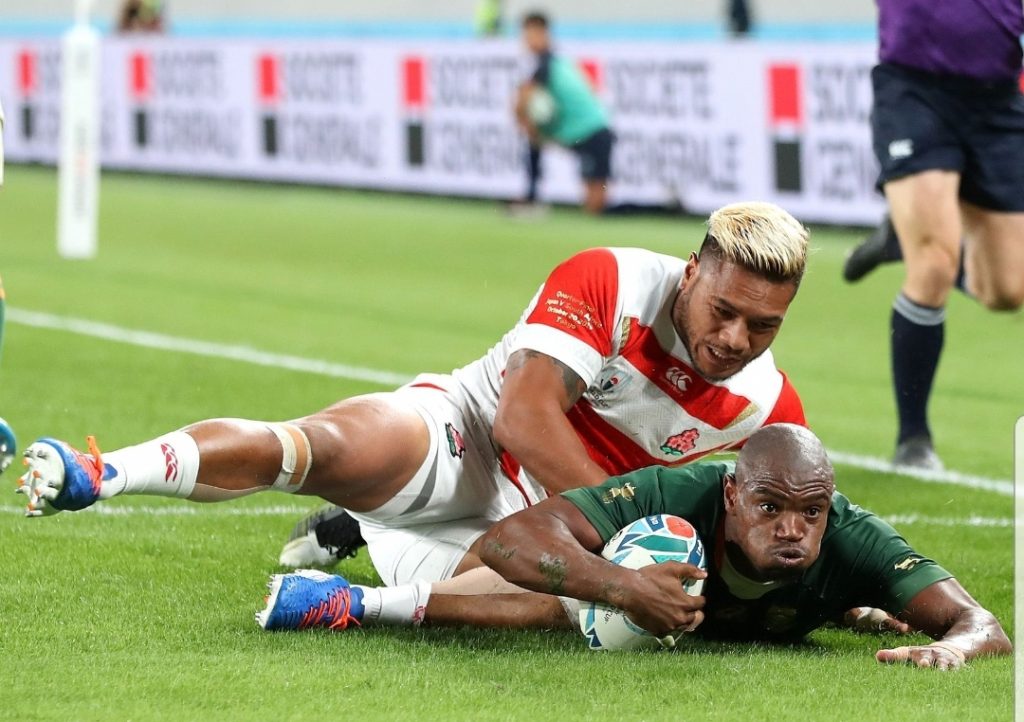 Trailing behind by 21-3 with minutes to go, Japan did not give up, throwing in everything they had at South Africa but were not able to penetrate the Springbok defensive live.

South Africa turned defence into attack with a turnover ball and a counter attack of 80 metres down the field.

The ball found speedster Mapimpi who dived into the corner for his second try of the match and to end Japan’s epic Rugby World Cup 2019 campaign.

The hosts bow out with a final score of 26-3 after beating Ireland, Scotland, Samoa and Russia to top their pool.