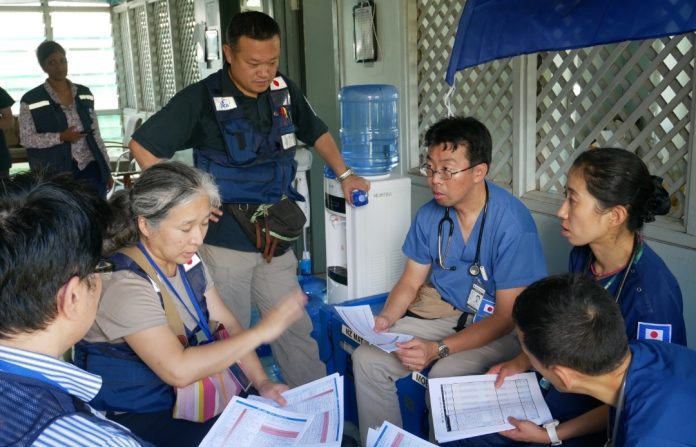 The second team of the Japan Disaster Relief Infectious Diseases Response Team arrived in Samoa last Saturday to join the fight against the measles epidemic.

The eleven member team consists of 3 MDs (Medical Doctors), 4 registered nurses, 2 pharmacists, 1 coordinator and a team leader who will work out of the Leulumoega District Hospital upon request of the Samoa Government.

Leulumoega District Hospital has been blessed with support from New Zealand MAT teams in the past weeks, and Japan’s second team now takes over the healthcare responsive role from NZ MAT.  Japan’s Infectious Disease Response Team took over from the New Zealand’s Mecial Assistant Team during an official handover at the hospital yesterday, Tuesday 17th December.

The first team who wer based at the National Hospital at Motootua and Leulumoega District Hospital will leave the country today after completion of their tasks.

Japan’s teams have been supporting the Government of Samoa and other international partners since 4 December, to assist in providing clinical care to patients suffering from th measles epidemic that has so far claimed 75 lives.