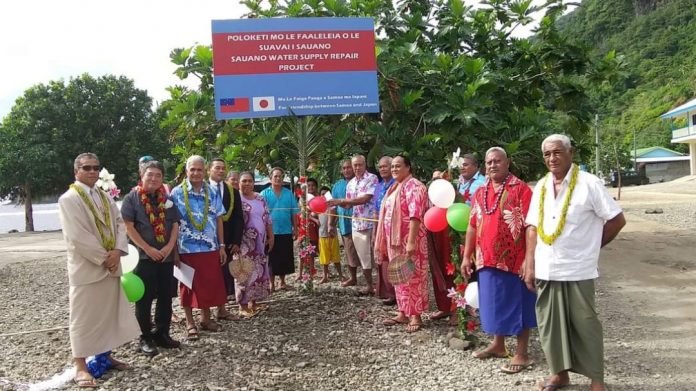 The Government of Japan has provided an improved and more reliable water supply system to a population of close to 400 with 32 households including a Primary School in Sauago village.

His Excellency, Mr. SENTA Keisuke, Ambassador Extraordinary and Plenipotentiary of Japan to Samoa, took part in a handover ceremony of the project held earlier today (23 June), which was also attended by the project committee and the Sauago community.

The village water committee sought for Japan’s assistance in 2016 to upgrade a deteriorated system, which had become more unreliable and inappropriate for everyday use after its first installation in 1959.

In addition, during very dry seasons the water supply had been insufficient for every household in the village.

It is hoped that with the completion of the project, the people of Sauago village will no longer suffer from water shortage and regular malfunctions of their old water system.

Japan is committed to support efforts of the people and the Government of Samoa to ensure Human Security and continue to enrich the existing warm and close relations between the Governments and the Peoples of Japan and Samoa.