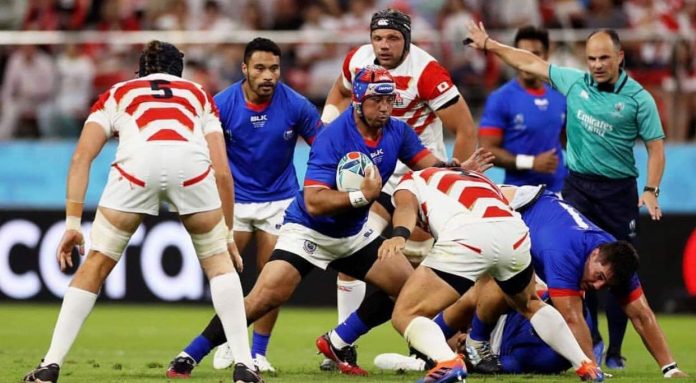 Japan have taken a gigantic, historical step towards the quarterfinals after a four try bonus point win against the Manu Samoa.

The first half began with a tug-of-war for momentum. Tamura of Japan and Taefu of Samoa trading penalty kicks, and keeping the game close. But momentum shifted to Japan when TJ Ioane received a yellow card for a late shoulder charge on Japanese speedster Kotaro Matsushima.

Down a man, Manu Samoa struggled to defend the fast paced Japanese with Samoan born Timothy Lafaele of Siumu crossing over for the only try in the first half. This took the half time score to 16-9.

Samoa came out in the second half and closed the lead to just 4 points off the boot of Taefu. However Japan hit back with a 13-man driving maul to push their lead to 14.

Henry Taefu then crossed the white line to bring Samoa within a converted try, taking his score tally to 19, having scored all of Samoa’s points for the night. 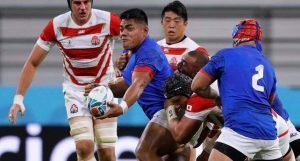 With 4 minutes left on the clock Japan realised 2 more tries would do wonders for them in the pool standings and so they did just that.

Japan now top pool A by 3 points with only one round of games to go.

Manu Samoa play Ireland in their last pool game on October 13th at 12:45am. (Samoa time.)