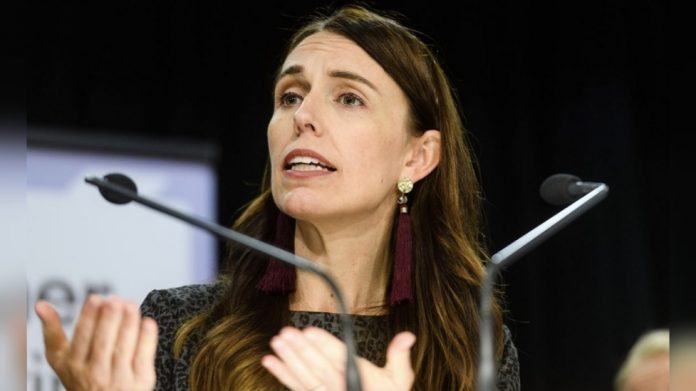 An update on the New Zealand Travel website states that most visitors and returning citizens must still provide evidence of a negative COVID-19 result as a pre-departure requirement.

Speaking at a lunch hosted by Business NZ in Auckland, Ardern said reopening the borders would help alleviate skills shortages, revive tourism and put immigration on a more secure footing.

“We are building on our proven plan to secure New Zealand’s economic future,” Ardern said.

As was the case in Samoa, New Zealands border closures inflicted a heavy toll on industries such as tourism and left thousands of citizens stranded overseas.

“I think many New Zealanders are looking forward to travelling internationally again and welcoming tourists here,” said Michael Plank, a statistics expert at the University of Canterbury whose modelling informed the government’s pandemic strategy.

“COVID-19 is still going to be a public health issue that needs to be carefully managed. But now that our population is highly vaccinated and COVID is widespread, travel restrictions are no longer effective as a control measure.”

Eve Lawrence, general manager of Haka Tourism Group in Auckland, said the announcement represents a “huge step in the right direction”, but COVID testing rules continue to be a barrier to tourism.

“The barriers we’re facing are pre-departure testing, the expense of this and the lengthy pre-departure declaration process,” Lawrence told Al Jazeera. “We really need the pre-departure procedures to be lightened and testing to be dropped in order for many to still consider New Zealand a viable option this year.”

Lawrence said she believes most New Zealanders will be happy to see the borders fully reopen after more than two years of restrictions.

“This will give a much-needed boost in morale to tourism, agriculture and hospo [hospitality] businesses and ensure they can look forward to a prosperous summer season,” she said.

Zooming into the lunch meeting, Ardern also announced changes in immigration policies including pathways to residency for highly skilled workers in global demand.

These would include long-signalled changes to the international education sector, which is also scheduled to fully reopen by July 31 but with measures to stop it being used as a “backdoor route to residency”.

Ardern said the changes would help address immediate skill shortages and speed up the economic recovery from Covid-19.

The July timeframe also brings it in line with travellers under the Accredited Employer Work Visa, while allowing time for Immigration NZ to prepare the processing of visas.

“New Zealand is in demand and now fully open for business,” Ardern said.

“This will be welcome news for families, businesses and our migrant communities. It also provides certainty and good preparation time for airlines and cruise ship companies planning a return to New Zealand in the peak spring and summer seasons.”

It will also provide relief to industries crying out for workers, the tertiary education sector, and split migrant families from countries needing visas, who will have been separated for nearly two and a half years.

Changes to immigration settings included a simplified immigration process, and visa extensions for around 20,000 migrants already in New Zealand to ensure skilled workers remained in the country.

It also included a “Green List” of more than 85 hard-to-fill roles to attract and retain skilled workers to fill skill shortages. This involved a streamlined and prioritised pathway to residency incentivising skilled healthcare, engineers, trade and tech sector workers to relocate to New Zealand long term.

The Green List involved 56 jobs that could go straight to residency, and 29 jobs where people could apply for residency after two years.

Giving certainty to those bringing skills here had been a missing piece in the immigration system, Ardern said.

“We know a major constraint on business is access to skilled labour. This plan will increase the available pool of labour, while also speeding up our tourism recovery,” Ardern said.

The Government has also announced rebalanced immigration settings that will help businesses access the key skills they need while ensuring wages and working conditions are improved for everyone.

Migrants employed in occupations under the Green List could come to New Zealand on a work visa from July 4 and apply for residence from September.

From September, residence could also be applied for directly from offshore. Minimum salary requirements applied in some areas, and would be indexed to the median wage and change over time.

Today’s announcement comes as experts warn of a brain drain with Kiwis heading overseas, depleting the country of vital workers in short-staffed industries with the immigration settings here less attractive than in countries like Australia and Canada.