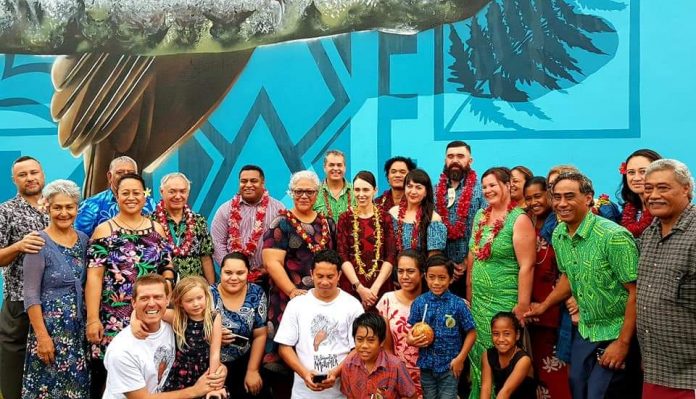 The initiative to save the Manumea from extinction is being led by the Ministry of Natural Resources and Environment (MNRE) and the Samoa Conservation Society.

The giant mural of Samoa’s native bird the Manumea or tooth-billed pigeon now stands infront of the New Zealand High Commission office at the heart of Apia on Beach Road.

“The NZ High Commission is honoured to have been asked by Samoa’s Ministry of Natural Resources and Environment to continue our support of the National Save The Manumea Campaign by providing a ‘home’ for this majestic mural,”.

New Zealand Prime Minister Ardern made the most of the short stop over to Samoa on route to the Tokelau Islands. Bilateral talks with Prime Minister Tuilaepa Sailele Malielegaoi were held yesterday evening followed by an official reception in her honour at the New Zealand High Commission residence in Vailima.

Prime Minister Ardern is scheduled to leave Samoa for the Tokelau Islands this morning.