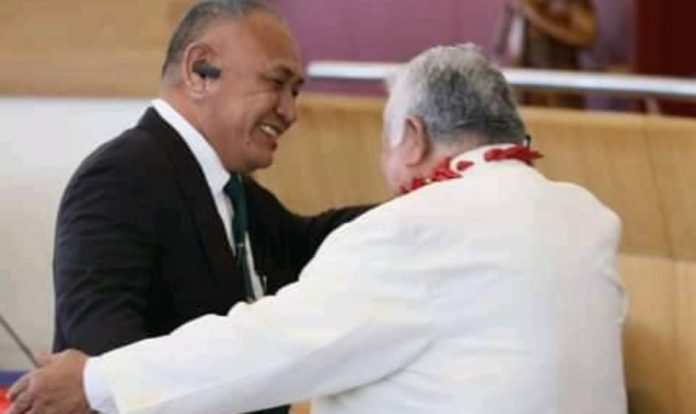 There was a loud applause from the public gallery of Samoa’s Maota Fono when the Minister of Works, Transport and Infrastructure (MWTI) and former opposition MP Olo Afoa Fiti Va’ai, walked across the floor to greet former Prime Minister of Samoa, Tuilaepa Sailele Malielegaoi, who had taken his seat on the opposition side of the Maota Fono.

It was before the warning bell rang to mark the official opening of parliamentary proceedings, and MPs were still ariving into the Maota, when those seated in the publoic gallery witnessed Olo Afoa Fiti Vaai taking the first step by walking across to greet Tuilaepa with a hug. 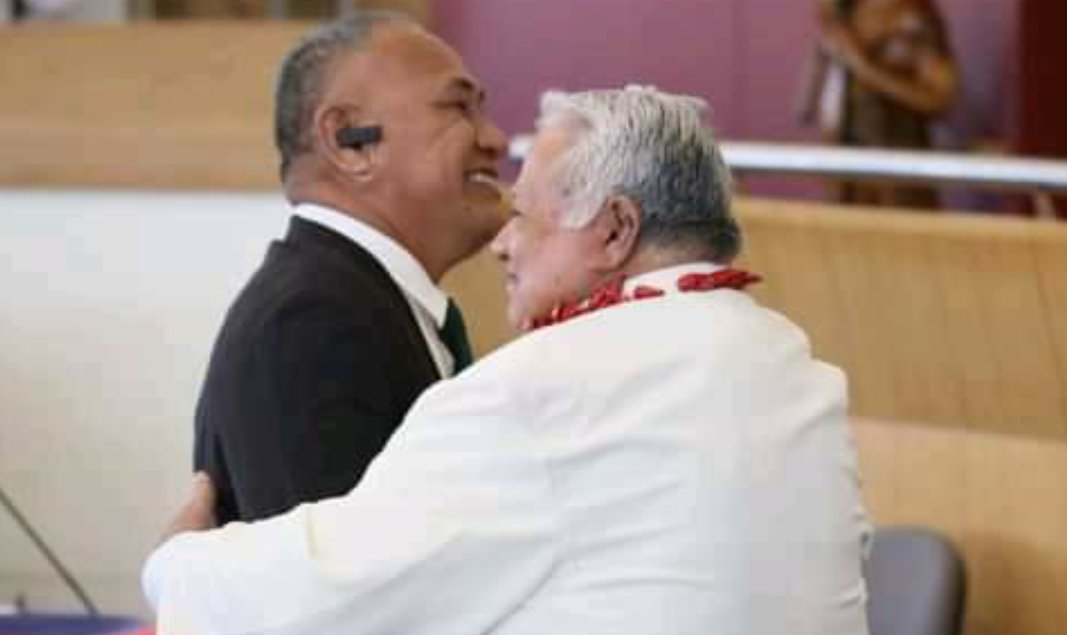 Families already seated, as well as those in the media gallery and CEO’s of government Ministries, all stood to applause the gesture of forgiveness between the two rival political parties, as more MPs then began to walk across the floor to greet each other.

After Olo greeted Tuilaepa he went on and continued to shake hands with, and embrace the other MPs of HRPP. At the same time, Tuilaepa then also stepped out and walked across to greet Prime Minister Hon Fiame Naomi Mataafa. 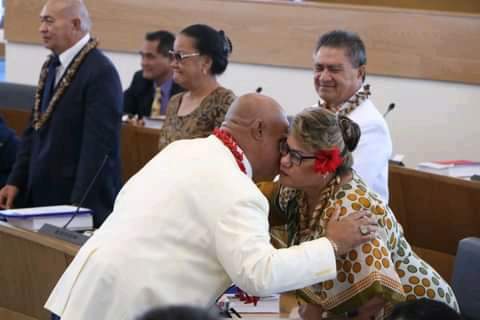 The gesture by Olo Fiti, done early in the day and before official proceedings began set off a domino effect. All the HRPP elected MPs then did the same thing, by coming across to greet Prime Minister Fiame and the whole Cabinet, together with other MPs of the FAST Political Party.

Speaking to Samoa Global News, Minister Olo Fiti Vaai said today is truly an historical day for Samoa and the start of the healing process after the post election crisis that has lasted for five long months. 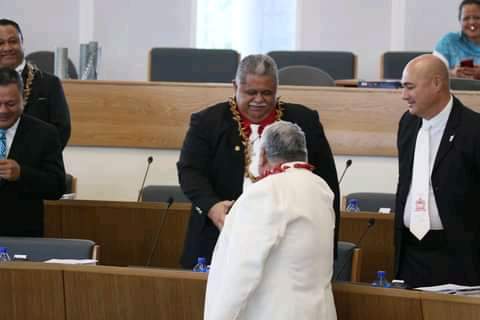 “It was a good feeling, to walk across and greet Tuilaepa,” Olo said.

“Our ways are not God’s ways, and our thoughts are not His thoughts,” said the MWTI Minister. “I thank God for always bringing his peace upon Samoa and especially the hearts of Members of Parliament, as we have seen today,” he added.

The Supreme Court yesterday handed down an order for the Speaker to administer the Oath of Allegiance upon 18 HRPP Members of Parliament who had emerged on the wrong end of the political crisis, without being sworn in. This morning, the Speaker showed leadership to ensure the Court orders were followed forthwith, and conducted the swearing-in before delivering a speech where he called for a Day of Forgiveness in Samoa. 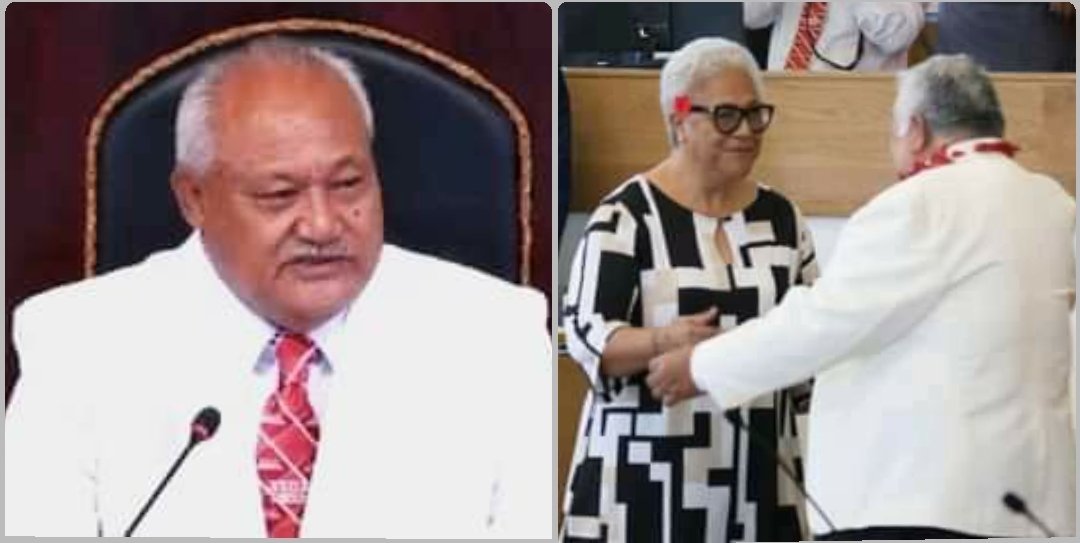 Speaker Papalii Li’o Taeu Masipau reminded both parties that today is about moving forward and forgetting the hurts of the recent past. “It is a day for Samoa to witness forgiveness between us, as each one forgives the other,” he said.

Parliament will again convene on Monday with the continuation of the parliamentary debate over the Appropriation Bill following the Finance Minister’s Budget Address delivered earlier in the week. Many MPs are also delivering maiden speeches as first-time MPs.

So far, the FAST MPs who have addressed Parliament on the budget, have been heard voicing open and frank opinions, as well as raise direct questions of the Ministers of Cabinet.  The Minister of Finance, as well as other members of Cabinet, will have the opportunity to address and respond to all matters raised before the budget is passed.