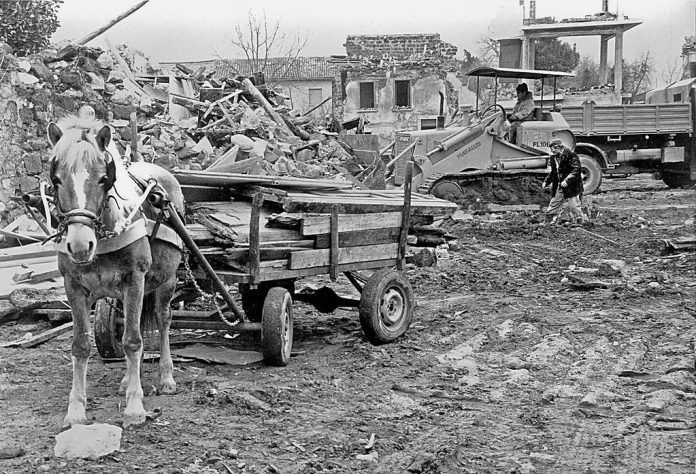 On the evening of November 23rd 1980, a devastating earthquake hit southern Italy claiming almost 3,000 lives. tI lasted no more than a minute, but it changed the area forever.
The 6.9-magnitude quake destroyed dozens of villages, injured around 8,000 people and left around 300,000 homeless in the southern Italian regions of Basilicata, Campania and Puglia.
Shockwaves were felt from Sicily to the Po Valley in the north. Images of the aftermath shook people across Italy, and the world.
Memories of the day are fresh in many peoples’ minds today.
People from across Italy were involved in the rescue and rebuilding effort, and aid in various forms came from far and wide over the following months and years.
Four decades later, some reconstruction work still stands unfinished. Today the University of Basilicata, in Potenza, was built on a site where buildings were flattened by the earthquake.