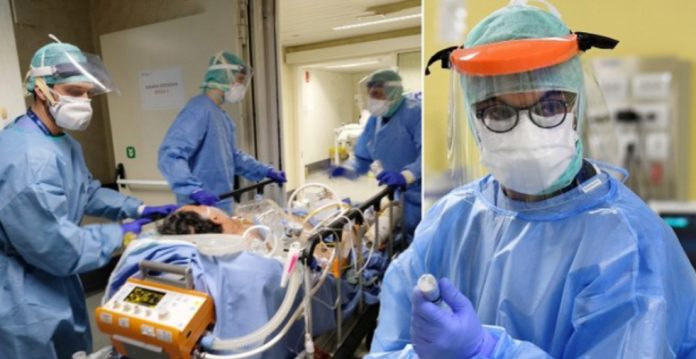 Italy now has the second-highest number of coronavirus cases in the world after the US, and just reported the highest single-day death toll yet again: 919 deaths in one day.

That breaks its own record from March 21, when Italy recorded 793 deaths.

As of Friday, officials report that 86,498 people have been infected in Italy and 9,134 have died, according to local news agency Corriere della Sera.

The US’s case total is still the world’s largest at 92,000 — it surpassed China’s case total on March 26 — though its death toll is far lower than Italy’s, with 1,300 deaths recorded.

China has confirmed more than 81,800 cases and nearly 3,300 deaths, based on data compiled by Johns Hopkins University

Italy recorded its first coronavirus cases in late January. Healthcare workers in Italy are reporting severe shortages of medical equipment and hospital beds, and a growing number of medical staff are getting infected. Elderly people face a heightened risk of severe coronavirus symptoms, and Italy is home to one of the world’s oldest populations — it’s second only to Japan.

Doctors in Italy have in some cases been forced to decide who to treat first as the health system got overwhelmed, and harrowing video footage from hospitals has shown medical workers struggling to deal with the volume of patients.

Italians are urging people in other countries to observe social distancing and follow lockdown measures, warning that a crisis on Italy’s scale will likely occur if they do not.

Italy has rolled out a series of increasingly strict lockdown measures, so residents cannot go outside their homes without a form that justifies their movement. The measures are being enforced by Italian police and soldiers.

Elsewhere in Europe, Spain has recorded more than 4,800 deaths, which means its death toll has also overtaken China’s.

Get the latest coronavirus analysis and research from Business Insider Intelligence on how COVID-19 is impacting businesses.